AOC wore a 'Tax the Rich’ dress to the exclusive event

An ethics complaint has been filed against Congresswoman Alexandria Ocasio-Cortez after she accepted a free ticket to the Met Gala.

The 31-year-old, self-described socialist attended the fashion event in a custom-made designer dress emblazoned with the phrase “Tax the Rich” across the back.

The complaint, sent to the Office of Congressional Ethics, was written by Thomas Jones, the founder of the American Accountability Foundation (AAF). He asked for a formal investigation to be launched, arguing that she violated House rules “for accepting an impermissible gift to attend the Metropolitan Museum of Art’s Costume Institute Gala.”

“Specifically, we believe Representative Ocasio-Cortez has violated clause 5 of Rule XXV of the Rules of the House of Representatives (commonly known as the Gift Rule) by accepting admission to the Met Gala, an event whose per seat costs is reported to range from $35,000 to $50,000, without having a permissible exemption to allow the acceptance of the lavish gift,” Jones wrote. “If Representative Occasion-Cortez has used campaign funds to pay for this ticket, she has also violated FEC prohibitions on campaign funds being used for entertainment purposes.”

House members can accept free tickets to charity events. However, the American Accounatbilty Foundation believes that the Met Gala does not apply because Condé Nast, a large, private media company, selects the guestlist for the elite event.

“The gala is thrown ostensibly to raise money for the Metropolitan Museum of Art’s Costume Institute. It has become known as a celebration of opulence and exclusivity,” says The New York Post.

Jones argues that “AOC’s invite fails on both the widely-attended event exemption and the charitable entity exemption” because the event is not “open to the public or to a wide range of individuals” as defined by House Ethics Guidance in House Rule 25.5(a)(4).

Additionally, the complaint points out that Instagram sponsored the invitation-only event this year. The Facebook-owned social media platform “is subject to heavy regulation and legislation in Congress” and therefore the AAF believes that “by sponsoring the secretive invite only Gala, Instagram was able to purchase access to Representative Ocasio-Cortez that is unavailable to average citizens.”

The congresswoman attended the event with her boyfriend, the designer of her dress, Aurora James, and James’ guest, Benjamin Bronfman of the wealthy Lehman family.

She has not said who sponsored her table.

Ocasio-Cortez defended her actions on Instagram noting that her dress was “borrowed.”

“The time is now for childcare, healthcare, and climate action for all,” she wrote. “Tax the Rich. And yes, BEFORE anybody starts wilding out – NYC elected officials are regularly invited to and attend the Met due to our responsibilities in overseeing our city’s cultural institutions that serve the public.”

She added: “I was one of several in attendance,” possibly referring to New York Democratic Rep. Carolyn Maloney, who was also at the event.

To ensure no proper lobbying was done that night and that no campaign finance laws were broken, Jones has asked the committee to compel Ocasio-Cortez to disclose “all correspondence and interactions she had with companies and individuals in securing an invitation to the Met Gala.”

He has also asked the committee for any evidence that she paid for her ticket with campaign funds to be “referred to the Federal Election Commission for an enforcement action.” 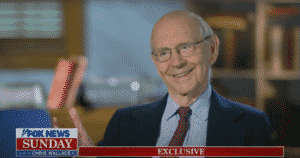