South Lake Tahoe closed some areas along the shoreline this week after a group of chipmunks tested positive for carrying the Bubonic Plague.

“Based on positive plague tests and planned vector control treatments, the Taylor Creek Visitor Center, Kiva Beach and their respective parking areas will be closed through Friday, officials announced this weekend,” reports the Tahoe Daily Tribune.

“It’s important that individuals take precautions for themselves and their pets when outdoors, especially while walking, hiking or camping in areas where wild rodents are present,” said Public Health Officer Dr. Nancy Williams in a press release last year.

Officials are closing some areas on the south shore of Lake Tahoe after some chipmunks tested positive for plaguehttps://t.co/zQUVHEQjHb

The last major outbreak of the plague in the USA occurred more than a century ago.

In 1906, 3,000 San Franciscans died in one of the worst natural disasters in American history: a 7.9 magnitude earthquake that destroyed 80% of the city. Raging fires left 250,000 people homeless.

With infrastructure destroyed, garbage and sewage piled up.

A local reporter described the situation as a “rat’s paradise” as thousands of rodents descended on San Francisco, bringing with them a deadly pandemic from the Middle Ages.

On May 27th, 1907, a sailor crossing San Francisco Bay suddenly fell ill. He was rushed to the hospital, mingling with nurses, doctors, and other patients baffled by the symptoms. Swollen neck, painful armpits, and a raging fever.

Within a month, 40 people had contracted the Black Death.

The solution was summed up in a New York Times headline: “Stamp Out Plague by Killing Rats…Every Rodent is Doomed.” After officials launched a $2-million-dollar attack on California’s rat population, they were plague-free by 1909.

About 200 Californians died from the disease. 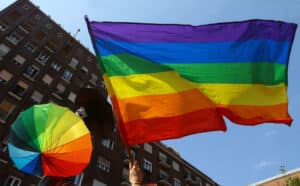