“The birth certificate is an official government-issued record of a person’s birth, printed on security paper and including an official raised, embossed, impressed or multicolored seal,” the resolution reads. “Our American Medical Association will advocate for the removal of sex as a legal designation on the public portion of the birth certificate, recognizing that information on an individual’s sex designation at birth will still be submitted through the U.S. Standard Certificate of Live Birth for medical, public health, and statistical use only.”

The resolution defines “sex designation” as the “biological difference between males and females, which is what is recorded on the birth certificate,” adding that “there is no clear standard for defining sex designation.”

“Sex designation refers to the biological difference between males and females, which is what is recorded on the birth certificate,” the resolution said. “While there is no clear standard for defining sex designation, it is typically determined at birth by a child’s physician or parents based on external genitalia. In cases where the anatomy is ambiguous or there are differences of sex development, diagnostic tests may be conducted and the parents and the medical team work together to assign sex at birth.”

The resolution did not explain how “diagnostic tests” could determine the sex of the child if there is “no clear standard for defining sex designation.”

However, other experts contend that a firm definition can be ascertained.

In the book The Evolution and Biology of Sex, authors Sehoya Cotner and Deena Wassenberg offer the following explanation: “Biologically speaking, the distinction is quite simple — sexes can be distinguished, across the board, by gamete (or sex cell) size.”

Evolutionary biologist Dr. Arnold De Loof further explained the “introductory definition” of biological sex in one of his articles, writing, “There are only two types of gametes, sperm cells (spermatozoa) and egg cells. There are no intermediate types of sex cells between sperm and egg cells. By convention the larger type (egg cells) is called the female gamete, and the individual that produces them is the female. The smaller sperm cells are called male gametes, and the producers are called males. These definitions of sexual forms, which date from before the term gender was introduced, do not include any reference to reproduction-related behaviour. Thus with respect to biological sex, one is either male or female.”

The BOT resolution notes that 48 states and the District of Columbia currently permit individuals to amend sex designation on their birth certificate. Ohio and Tennessee are the only states that don’t allow the sex marker to be altered. 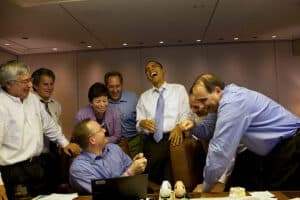