Former President Barack Obama has drummed up significant controversy with his decision to throw himself a massive 60th birthday bash — complete with over 475 guests and 200 staff next weekend on Martha’s Vineyard.

White House’s press secretary Jen Psaki defended her former boss, saying that throwing a party with hundreds of people is just fine — because Obama has previously advocated for people getting vaccinated.

“I would note, first, that former President Obama has been a huge advocate of individuals getting vaccinated … what CDC has provided guidance on is for indoor settings in high or substantial high zones of COVID cases,” said Psaki during a press briefing.

When asked if the former president is setting a bad example, Psaki, who also served in the White House during the Obama administration, continued to defend him.

Psaki said that “according to all the public reporting, is outdoors and in a moderate zone.”

“But in addition, there is testing requirements and other steps they are taking, which I’m sure they can outline for you in more detail,” Psaki continued.

Asked about the potential for the event becoming a “super spreader” by Peter Doocy of Fox News, Psaki said “the guidance is about what steps people can take when they’re in public settings — indoor settings, specifically, was the new guidance — to keep themselves and others safe.”

Again asked if this party will prompt others to do the same, Psaki said that people should “follow public health guidelines.”

“Well, we certainly advise everyone to follow public health guidelines, which I know the former president, who is a huge advocate of getting vaccinated, of following the guidance of public health experts, would certainly advocate for himself as well,” she said.

Obama will be turning 60 on August 4. The party is expected to be a star-studded event, likely filled with celebrities who have been warning others to follow social distancing guidelines. 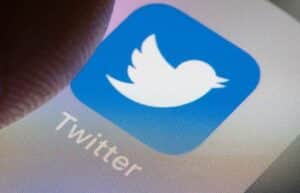