"You're disgusting!" the Seinfeld co-creator reportedly yelled at Dershowitz

When Larry David recently crossed paths with Alan Dershowitz in Martha’s Vineyard, the TV star reportedly lit into the attorney for his connections to Trump.

In a scene that could have appeared verbatim in David’s HBO hit show, Curb Your Enthusiasm, the celebrity ignored Dershowitz’s greeting on the porch of Chilmark General Store.

“We can still talk, Larry,” Dershowitz said, according to the New York Post.

“No. No. We really can’t. I saw you. I saw you with your arm around [former Trump Secretary of State Mike] Pompeo! It’s disgusting!” David replied.

An eyewitness of the exchange reported that after David walked away, Dershowitz removed his T-shirt, revealing another T-shirt that read, “It’s The Constitution Stupid!”

The lawyer confirmed to the Post that the contentious dialogue took place, adding that he and David had been friends until Dershowitz began working with Trump’s team during the 2020 impeachment trial.

“It wasn’t funny at all,” Dershowitz said later on. “I was worried that he was going to have a stroke … Larry is a knee-jerk radical. He takes his politics from Hollywood. He doesn’t read a lot. He doesn’t think a lot.”

He added: “It’s typical of what happens now on the Vineyard. People won’t talk to each other if they don’t agree with their politics.” 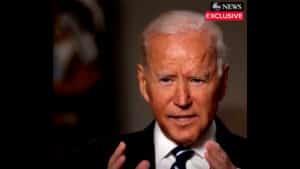