President Biden spoke with ABC News for his first official sit-down interview since the fall of Kabul Wednesday, confirming there are still 15,000 Americans in Afghanistan trying to flee the country.

“All troops are supposed to be out by August 31st. Even if Americans and our Afghan allies are still trying to get out, they’re gonna leave?” asked ABC News’ George Stephanopoulos.

EXCLUSIVE: Pres. Biden tells @GStephanopoulos that U.S. troops will stay until all Americans are out of Afghanistan, even if past Aug 31 deadline. https://t.co/iEDJSzuSLI pic.twitter.com/JHTAWCWAPO

“We’re gonna do everything in our power to get all Americans out and our allies out,” the President replied.

“Does that mean troops will stay beyond August 31st if necessary?” pressed the journalist.

“Yes,” confirmed the Commander-in-Chief. “The commitment holds to get everyone out that, in fact, we can get out and everyone that should come out. And that’s the objective. That’s what we’re doing now, that’s the path we’re on. And I think we’ll get there.”

The President concluded: “As many as we can get out, we should. For example, I had a meeting today for a couple hours in the Situation Room just below here. There are Afghan women outside the gate. I told ’em, ‘Get ’em on the planes. Get them out. Get them out. Get their families out if you can.'” 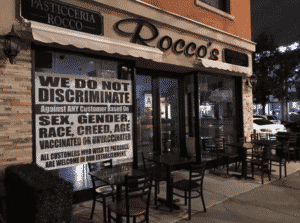