Elementary School Principal Christopher Christensen jumped to his death from atop a seven-story parking garage at Disneyland’s Anaheim, California location on Dec. 3.

In a suicide note left on his Facebook page, Christensen asked to be remembered for the good things he had done in his life and not the bad while lamenting about the series of events that led to the decision to take his own life. According to the 51-year-old elementary school principal, his wife is to blame.

According to Christensen’s last testament, his wife of three years called the police on him after a heated argument and falsely alleged that he assaulted her. Christensen was hauled off to jail and placed on administrative leave by the school district. He was eventually charged and pleaded not guilty to child endangerment and battery. 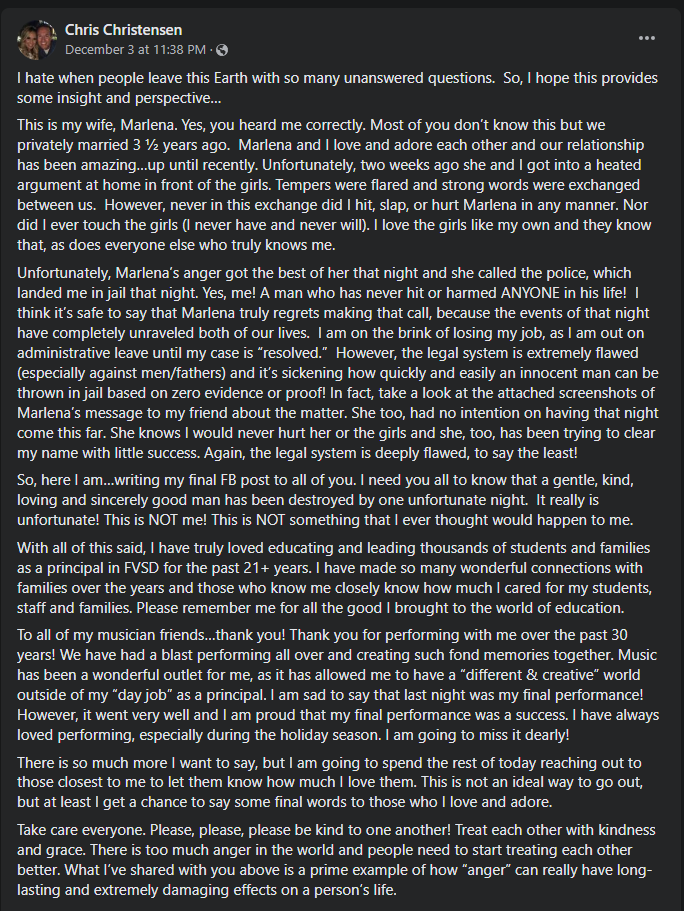 “I think its safe to say that Marlena truly regrets making that call, because the events of that night have completely unraveled both of our lives,” he wrote. “I am on the brink of losing my job.”

“I have made so many wonderful connections with families over the years and those who know me closely know how much I cared for my students, staff and families,” the post read. “Please remember me for all the good I brought to the world of education.”

Christensen’s former colleague Steve Hommel remembered him fondly and reminisced about how involved the principal, an accomplished orchestra cellist, became in a before-school music program, dropping other tasks to fix instruments or provide another teacher’s perspective.

Gerardo Jerry Peralta, a former Walt Disney World Cast Member who now lives in Nevada, said that it was sad to hear Christensen ended his life, but sadder still that he chose to do so “at the Happiest Place On Earth” at the “Mickey and Friends” parking structure where children and their families are likely to witness it.

“And while people was there waiting or walking to get to their cars, I’m sure guest[s] seen it happened — kids and adults,” Peralta wrote in a Facebook post.

“That was the place where I always meet and wait [for] my friends,” he said.

Christensen had been part of the school district for over 20 years. 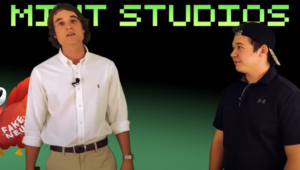