A video game developer who worked alongside Kyle Rittenhouse on his eponymously titled video game where players compete to shoot down “fake news turkeys” has been suspended by Twitter with the social media site claiming that the cartoon side-scroller glorifies acts of violence.

The teenager, who was at the center of the Kenosha self-defense shooting incident in August 2020 during the height of the Black Lives Matter riots, partnered with video game developer and parody rap music producer Mint Chip. On Twitter, Mint Chip announced his excitement when the game went live only to discover, hours later, that his account had been locked.

“The Kyle Rittenhouse Turkey Shoot video game is LIVE! Play it now and own the libs,” a screenshot of the offending tweet reads. Twitter, which told Mint Chip the tweet violated their code of conduct policy against glorifying violence, provided an explanation of the policy in the notice he received about the suspension.

“We prohibit content that condones or celebrates acts of violence that could promote imitation of the act,” the notice read. “We also prohibit the glorification of mass murders or genocides when protected categories have been the primary target or victims. Glorifying the perpetrators of such violence is also prohibited.”

In order to regain access to his account, Mint Chip was faced with the decision to either delete the tweet or appeal Twitter’s decision. He’s sticking to his guns and won’t delete the tweet.

“I’m refusing to delete it,” he told Timcast. “It’s not against the rules.”

“The left is just mad that the Kyle Rittenhouse turkey shoot video game is so good and makes fun of their fake news,” said Mint Chip. “The goal of Mint Studios is to make games that spread joy, love, and beauty. That’s what offends libs the most and why they reported my tweet. They couldn’t handle how handsome I looked in the video. Also, whoever locked me — Elon is going to find you and terminate you, lib.”

He then shared an example from another videogame developer that had paid for sponsored listings on Twitter. The game footage, which was far more realistic and graphic, depicted two gunmen bursting through a door before shooting a man. That video has not been removed and continues to be featured on the site.

Other users have also indicated they have been censored by Twitter under Elon Musk. Conservative rapper Bryson Gray shared an image to the social network on Dec. 4 indicating that his account was currently hidden from Twitter’s search results. Using a second tool to check the status of his account, Gray determined that his tweets were also deboosted in replies to tweets from other users on the site.

Benjamin Braddock, a Twitter user who made the rounds on a number of podcasts during the height of the COVID-19 pandemic, also shared an anecdote about Musk’s enforcement of Twitter’s moderation policies. According to Braddock, who does not use his real name online, a Twitter user of ten years had his account suspended without explanation on Dec. 3, and Twitter did not cite any specific policy violation.

Documentary filmmaker Paul Escandon, who profiled Nicholas Fuentes in The Most Canceled Man In America, was also permanently suspended.

According to Jesse Herman, an entrepreneur interested in conservative causes, he was banned just a couple of days after Musk took over Twitter and suspects that the decision was made by personnel installed by the old regime. “I was suspended for ‘ban evasion,’ and they have not responded to my appeal,” he told Timcast. Herman went on to explain that the account had been in good standing since 2009 and believed that he and a number of other accounts were banned for listening to an audio broadcast. He also said that Paul Escandon, the producer of the Nick Fuentes documentary, was also banned for his observation — not participation — of these broadcasts.

According to Herman, Nick Fuentes and a number of his associates who had been banned from the platform were creating temporary accounts in order to participate in Twitter’s audio-only live broadcasts called Twitter Spaces. “I did not like or share anything. I just followed some accounts. My theory is that they nuked my account because they linked me to this network. I was just following the action. My account was followed by senators, congressmen, and others,” he said. 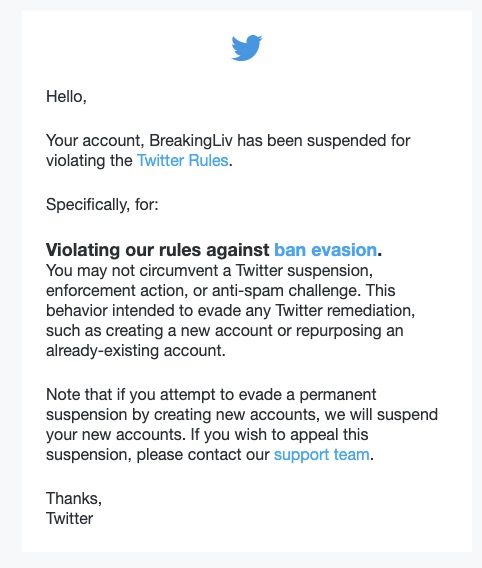 Since taking over Twitter, Musk has promised to regain public trust through transparency reports and has highlighted some of the decision-making that went on behind the curtain when Twitter was under its previous control. But while Musk has been more forthcoming about decisions that took place before his arrival, he has been less direct about decisions in which he played a direct role.

On Friday, Musk suspended rapper and entrepreneur Ye, formerly Kanye West, after the musician conducted a series of controversial interviews and posted an image of a swastika inside the Star of David on Twitter.

Twitter initially delivered a 12-hour suspension to Ye, but ultimately chose to suspend his account indefinitely. Ye, who tweeted the image with only the words “love speech,” was suspended for “incitement to violence” according to Musk. A number of high-profile figures publicly disagreed with the decision and justification. Conservative Jewish commentator Ben Shapiro, in a podcast with the Daily Wire, agreed that the posts were offensive, but did not view them as ban-worthy or a call to violence.

Subsequent requests for comment from Musk about the decision to ban Ye — including from this publication — were left unanswered. Musk did respond to one user’s query about a group of recently suspended accounts, indicating that following recent events, the moderation team had become “too intense” and that they were returning to “chill mode” now.

Team was a bit too intense with spam/bot suspensions. Moving to chill mode. 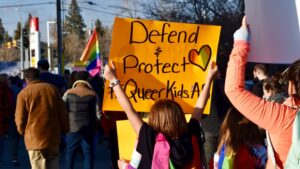