Two materials crucial to the development of green energy technologies like solar panels and electric vehicles have been added to a list maintained by the federal government to help prevent businesses from partnering with foreign entities that use child labor.

Every two years since 2006, the Department of Labor has updated a list of goods and materials that are known to involve the use of child labor or forced labor in their production. On Tuesday, the Biden Administration quietly released the list with the addition of cobalt and polysilicon — two materials that are critical to the production of technologies strongly advocated for by sustainable and green energy advocates.

According to the report’s opening statement, mines that produce cobalt, a mineral crucial to the production of lithium batteries like those used in most electric vehicles, often employ child labor.

“We are drawing attention to critical supply chains in clean energy–highlighting China’s use of forced labor in polysilicon production (a key input in solar panels) and the use of child labor in the Democratic Republic of the Congo for the mining of cobalt (an input in lithium-ion batteries,” the report said.

The findings were delivered by the Department of Labor’s International Labor Affairs Bureau (ILAB).

ILAB, however, has struggled to develop a means to precisely identify downstream products that have been produced with child labor due to the structure of the refining industry. While much of the world’s cobalt is produced in the Democratic Republic of the Congo, cobalt is mined from a range of mines that have varying degrees of oversight. Artisinal mines, which Timcast has previously reported, are perhaps the largest source of both forced labor and child labor, but due to the small size of these projects, they enjoy the least amount of oversight.

Cobalt ore taken from the largest corporate mines and the smallest artisanal shaft ultimately ends up in the same place — a refinery in China:

Entire families may work in cobalt mines in the DRC, and when parents are killed by landslides or collapsing mine shafts, children are orphaned with no option but to continue working. (20) Both adults and children are also trafficked to work in eastern DRC “artisanal” mines, where much of the abusive labor conditions occur. (21)

While large-scale mining operations get more oversight than smaller, artisanal mines, cobalt from both large-scale mines and artisanal mines are refined together, predominantly in China, and then further processed into battery components and sold to consumers, who are unaware that the product contains an input that is often produced with child labor.

E&E News, a publication focused on environmental and energy issues, was the first to report on the additions to the list.

Polysilicon, a material used in the production of photovoltaics, was first flagged for inclusion in the list by the DOL in 2021, making it the first material to be added during a year the report is not released. 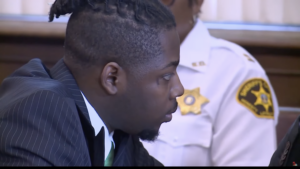