The airport had already announced it would cut more than 13,000 passengers every day during July due to staffing shortages

The busiest airport in Amsterdam will cut 60,000 of the flights annually in order to reduce air and noise pollution.

The Dutch government announced the news on June 24 but noted that the change would go into effect a Schiphol Airport in November of 2023.

Currently, the airport allows 500,000 flights but has struggled in recent weeks to keep up with the post-pandemic travel demands. Delays and crowded security lines have plagued the travel hub for weeks and have frustrated travelers.

On June 20, a video of an estimated half-mile line was shared on Twitter.

“If you *must* fly out through Schiphol, give yourself 4 hrs to reach your gate,” wrote the user who shared the video. “Better: avoid. Go elsewhere. Your mental health is worth it.”

The airport announced on June 17 that it would address the ongoing issue by cutting an average of 13,500 passengers every day during the month of July.

“This measure will make sure that the majority of passengers can travel from Schiphol safely and with confidence,” said Dick Benschop, the airport chief, in a statement to the media. “But there will also be people who cannot fly.”

“We are also motivating airlines to use regional airports where there is still space,” Schiphol’s operations director Patricia Vitalis added, per DutchNews.nl.

Schiphol has attributed the delays to a lack of security staff and baggage handlers.

The Dutch government said that cutting flights to and from the airport will help reduce national carbon emissions as well as emissions of nitrogen oxide and other pollutants. Additionally, fewer flights would reduce the airport’s notice emissions which currently exceed legal limits.

“I want to offer certainty and perspective to both the aviation sector and local residents,” said Mark Harbers, Infrastructure and Water Management Minister, per AP News. “This decision forms the basis for a new equilibrium. Unfortunately, it contains a difficult message for the aviation sector, which is still fully recovering from the drastic consequences of the corona pandemic.”

International Air Transport Association Director General Willie Walsh said the Netherlands plan will see “a throttling of air connectivity which has been steadily built up for 100 years and supported large parts of the Dutch economy,” per AJOT.

Schiphol is considered one of the major European airports, alongside London Heathrow, Paris Charles de Gaulle and Frankfurt. 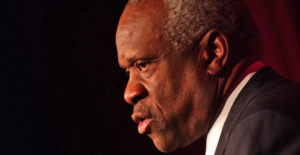