GENEVA—Dozens of human rights activists, academics, journalists, civilians and refugees from Yemen and Syria convened in front of the United Nations in Geneva on Saturday to voice their distress over the execution of nine civilians, including a child, one week prior by Iran-backed Houthi militias for their alleged role in the killing of a senior Houthi militia official in an airstrike by the Saudi-led coalition in April 2018.

Houthis, which are trained by Iranian forces, have also adopted many similar tactics. As such, the nine victims never received a fair trial, nor was their involvement in the killing of former Houthi leader Saleh al-Samad, ever proven.

Abdul Aziz Ali Al-Aswad was 17 when he took his last breath before being executed by firing squad, along with eight others. He was arrested over three years ago after being accused of treason and of helping to reveal the location of al-Sammad, who was killed in an air strike in 2018.

“Today we’ve gathered to commemorate the brutal extrajudicial execution of nine innocent Yemenis, including a teenager, who had been massacred by the Iran-backed terrorist Houthi militias after being arrested on trumped-up charges, being held incommunicado for three years and essentially disappeared, after being denied their due process rights and the basics of a fair judicial process, and after brutal torture which left the child detainee paralyzed and unable to stand in the video of this unconscionable incident,” said Irina Tsukerman, a human rights lawyer and editor-in-chief of The Washington Outsider.

Tsukerman said the silence from international media, human rights NGOs, and the international community at large regarding this incident is “deafening and disgraceful.” She called on the United States and other nations “which pride themselves on standing for freedom, democracy, and human rights to do more than mere lip service and empty condemnations in response to these grotesque human rights abuses. We call for relisting of the Houthis as a foreign terrorist organization, for additional and universal sanctions against their leadership and everyone who took part in the implementation of these horrific events.”

Saturday’s event arrived on the heels of several conferences and panel discussions aimed at exposing the ongoing destruction of Yemeni civil society since the illegal coup and takeover of the legitimate Yemeni government by Iran-backed Houthi militia in 2014.

“We call for the implementation of measures that would force Iran to withdraw its support and presence from Yemen and to force Houthis to be held accountable for the breaking of Yemeni and international laws, such as murder,” Tsukerman said. “But especially we call for solidarity from these organizations in isolating the militia engaged in blatant terrorism of the Yemeni people through arbitrary executions which shock the conscience. As Martin Luther King Jr. famously articulated, injustice anywhere is a threat to justice everywhere. By allowing the Houthis to get away with the murders of innocent people, the international community allows hatred, bigotry, and fanaticism to spread around the world for extreme ideology knows no borders.”

The protests and panels were held on the sidelines of the 48th Session of the United Nations Human Rights Council being held in Geneva, Switzerland, and organized and hosted by the the European Organizations Union for Peace in Yemen — and the Yemeni Coalition of Independent Women — which is headed by their President, Dr. Wesam Basindowa.

Mansour Al-Shaddadi, who heads the Paris-based Yemeni European House, and Dr. Arwa Al-Khattabi, Head of the Yemeni Broken Chair Organization for Mine Victims, also delivered remarks. Dr. Khattabi was brought to tears as she spoke of the injustice experienced to the people in her home country on a daily basis.

A large wooden chair, with one broken leg, is famously displayed in front of the UN’s headquarters in Geneva. Created by Swiss artist Daniel Berset, the 39-foot tall and 5.5 ton sculpture was a project commissioned by Paul Vermeulen, co-founder and director of Handicap International Suisse, who had the objective of getting the largest possible number of countries to sign on to the Ottawa Treaty on landmines in December 1997. The broken leg on the chair is meant to represent the victims of war and those who lost their limbs due to landmines that were left over as a result. In Yemen, the Iran-backed Houthi militias have planted over a million land mines and improvised explosive devices throughout the nation since the 2014 conflict began.

Men, women and children held up signs with slogans in English, Arabic, French and German to protest the Houthis.

“Where are the human rights for these people?” asked Andy Vermaunt, a well-known human rights defender and global citizen living in Belgium, Diksmuide. “We cannot exist in a country where innocent people are victims of the Houthi mentality and terrorism. What separates the Houthis from the Islamci State?”

At various points during his speech, Vermaut chanted the name of Abdul-Malik al-Houthi, to which the crowd replied with, “shame on you!”

Abdul-Malik al-Houthi is the leader of the Houthi movement, which is known as “Ansar Allah” in Arabic. The name translates to “supporters of God.”

Vermaut added, “The Houthis have once again shone their true face to humanity. They show the world how barbarians are destroying Yemen. This is not justice,” he said. “It’s the intentional murder of real innocent people. Today, we are to remember Abdul Aziz Al-Aswat” — the executed minor. “Because he had no war with his family. He had a war with his friends. Nevertheless, he came back in a body bag.”

To honor the memory of the victims of the Houthi regime, Vermaut asked for those gathered to observe one minute of silence.

“Abdul Aziz Al-Aswat, we will miss you,” said Vermaut. “And you will be forever an honorary member of the Coalition of Independnet Women of the European organization’s Union for Peace in Yemen and The Washington Outsider. All these innocent victims will be our honorary members forever.” 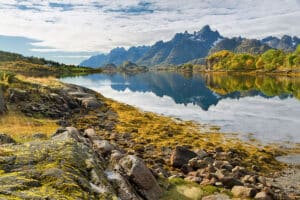