Greene and Jordan were part of a slate of endorsements for representatives who voted against certifying the 2020 presidential election results.

In his announcement, the former president referred to Rep. Greene as “a warrior in Congress.”

“She doesn’t back down, she doesn’t give up, and she has ALWAYS been with ‘Trump,’” Trump’s statement said. “Marjorie has worked very hard to secure the Border, stop the Radical Left, and ensure the truth is known about the RIGGED and STOLEN 2020 Presidential Election.”

“She loves our Country and MAGA, its greatest ever political movement. Marjorie is running for re-election to Congress, and has my Complete and Total Endorsement!”

In a statement responding to the endorsement, Greene said that she is “honored and grateful to have such a strong endorsement from my favorite President and the greatest President of my lifetime.”

Speaking of Rep. Jordan, Trump said that he is “an America First Champion for the people of Ohio’s 4th Congressional District, and our country.”

“Quite frankly, he is a truly outstanding man, and a fighter like no other,” Trump continued.

Trump pointed to Jordan’s history of being “strong on crime, the border, our military, great Vets, and will save our seriously under-siege Second Amendment.” 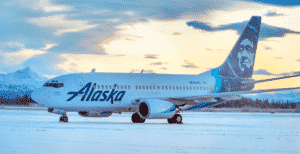