Alaska Airlines announced major changes to its uniform policy, including a number of steps designed to accommodate an employee’s gender identity or preference.

The company said the more flexible kits and rules were made in an effort “to ensure everyone can bring their best and most authentic selves to work and to be an inclusive and welcoming environment for employees and guests alike.”

The airline said the changes, which include relaxing rules regarding nail polish, tattoos, and piercings, were made in partnership with its employees to “provide more freedom and flexibility in individual and gender expression.”

“I know firsthand what it feels like not to be seen, heard or able to bring your authentic self to work,” said James Thomas, Alaska Airline’s director of diversity, equity and inclusion, in a March 28 statement. “Our employees, guests and communities we serve have my commitment we are going to keep listening and pushing ourselves to be better.”

Flight attendant and drag star Thomas noted in the company’s announcement that he “[looks] forward to the company’s support if faced with adversity among peers or guests who may find it difficult to see them wearing nail polish.”

The airline’s new policy regarding uniforms was developed after the company was accused of violating Title IX of the 1963 Civil Rights Act with its previous uniform policy.

The organization was representing Justin Wetherall, a fight-attendant and instructor who identifies as non-binary.

“Although the uniform policy allows transgender men and transgender women to adhere to the uniform standards that match their gender identity, Alaska Airlines requires all employees to conform to either the ‘male’ or ‘female’ category,” the letter said.

“Alaska Airlines is free to adopt dress and grooming standards that present a consistent image for customers in terms of colors and style as long as the standards are not based on characteristics protected by state and federal civil rights laws,” Galen Sherwin, a senior staff attorney for the ACLU’s LGBTQ & HIV Project, said in a statement. “But Washington state law prohibits companies from treating employees differently based on their sex, gender-related ‘appearance, behavior, or expression,’ including as part of its uniform. By creating different clothing standards based on sex and gender stereotypes, Alaska Airlines violates the law.”

The airline responded by noting its long-time support for the LGBTQ community and saying it has been a “leader in the industry when it comes to inclusivity in our uniform and grooming standards, which have been informed by our employees and developed in accordance with federal and state laws.”

“We are committed to continuing to explore uniform and grooming standards for our flight attendants,” Alaska Airlines said.

Following the announcement, some media figures voiced their concern about the inevitable new problems created by the policy.

“What happens if a customer won’t abide by the new rules for gender expression?” asked Jason Rantz, who hosts a radio show on 770KTTH. “If a customer doesn’t use the pronoun ‘they’ when acknowledging a biologically male or female flight attendant, could that result in removal from a plane or would it need to escalate to a disruption?” 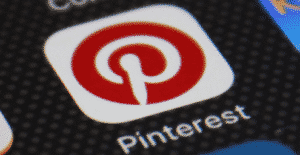