A Philadelphia mortgage company owned by Warren Buffett’s Berkshire Hathaway has agreed to pay more than $24 million in a settlement over lending discrimination claims in multiple states.

“Trident illegally redlined neighborhoods in the Philadelphia area, excluding qualified families seeking to own a home,” CFPB Director Rohit Chopra said in a statement. “With housing costs so high, it is critical that illegal discrimination does not put homeownership even further out of reach.”

The company’s self-defined market areas included mostly-minority neighborhoods. But, Trident’s application data show it did not serve neighborhoods within that market equally.

Only 12 percent of its mortgage applications came from mostly-minority neighborhoods, despite more than a quarter of the neighborhoods in Philadelphia being majority-minority, according to the CFPB.

“Trident’s conduct and practices were intended to deny, and had the effect of denying, equal access to home loans for those residing in, or seeking credit for properties located in, majority-minority neighborhoods, and otherwise discouraged those individuals from applying for home loans on the basis of the race, color, or national origin of the residents of those neighborhoods,” the complaint states. “Trident’s conduct was not justified by a legitimate, non-discriminatory reason or business necessity and was not necessary to achieve a substantial, legitimate, non-discriminatory interest.”

Federal officials also said Trident tolerated a racist culture, citing failure to discipline a senior executive who posed in front of a Confederate flag, and e-mails that referred to minority neighborhoods as “ghetto” and one that stated “BE PROUD TO BE WHITE!”

The DOJ and CFPB uncovered “problematic conduct” at Trident, including:

Racist language in e-mails: Trident’s loan officers, assistants, and other employees exchanged e-mails with racist slurs and content. Internal communications also included racist content targeted toward the people living in mostly-minority neighborhoods, as well as the properties’ locations and appraisals.

Avoiding sending loan officers to mostly-majority neighborhoods: Fifty-one out of 53 offices were in mostly-white neighborhoods.

“Last fall, I announced the Department’s Combatting Redlining Initiative and promised that we would mobilize resources to make fair access to credit a reality in underserved neighborhoods across our country,” said U.S. Attorney General Merrick B. Garland. “As demonstrated by today’s historic announcement, we are increasing our coordination with federal financial regulatory agencies and state Attorneys General to combat the modern-day redlining that has unlawfully plagued communities of color.”

As part of the settlement, Trident will pay $18.4 million into a loan subsidy program to offer loans on a more affordable basis for borrowers purchasing in mostly-minority neighborhoods in the Philadelphia area. The subsidies may include assistance with closing costs, down payment assistance, and mortgage insurance premiums.

The company will also pay a $4 million fine to the CFPB, as well as an additional $2 million to fund advertising to generate applications in redlined areas.

Buffett was not accused of any wrongdoing and Trident neither admitted to nor denied wrongdoing. The company stopped writing mortgage loans in 2021 and will contract with a different lender to fund the subsidies. 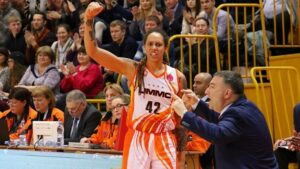