The U.S. Department of Justice (DOJ) just filed an antitrust lawsuit against Google, which could lead to the company being broken up, as the Biden administration moves forward on its vow to reign in the influence of Big Tech companies.

DOJ officials, in the second antitrust lawsuit filed against Google in the past two years, allege that the company has used its dominant market position to eliminate competition.

“One industry behemoth, Google, has corrupted legitimate competition in the ad tech industry by engaging in a systematic campaign to seize control of the wide swath of high-tech tools used by publishers, advertisers, and brokers, to facilitate digital advertising,” the suit states. “Having inserted itself into all aspects of the digital advertising marketplace, Google has used anticompetitive, exclusionary, and unlawful means to eliminate or severely diminish any threat to its dominance over digital advertising technologies.”

The court filing also states that Google planned to neutralize or eliminate ad tech competitors through a series of acquisitions, and to wield its dominance to force publishers and advertisers to use its products, while limiting their ability to use competing products.

Justice Department officials say the lawsuit is “historic” and the result of their focus on increasing enforcement of antitrust laws.

“[Google’s] actions have weakened the free and open internet and increased advertising costs for businesses and for the United States government, including for our military,” Associate Attorney General Vanita Gupta told the Washington Post.

Over the years, Google has been served with a series of legal actions over its market dominance and business practices.

The following year, Google was hit with a $4.3 billion penalty — the largest ever imposed by the European Commission — over the company’s role in restricting competition.

In 2019, the European Commission again fined Google more than $1.6 billion over clauses in contracts the company used with website publishers for its Adsense for Search program.

In 2020, Google faced an antitrust lawsuit from the U.S. DOJ amid allegations the company used illegal tying arrangements between its ad products to maintain a dominant market position.

The U.S. government is seeking a jury trial and has petitioned for unspecified damages. 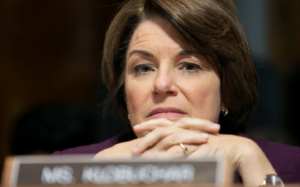