Prosecutors argue against executive privilege claims, stating the material in question belongs to the government

The U.S. Department of Justice (DOJ) will appeal the decision by a federal judge to grant the appointment of a special master to review documents seized by federal agents in the Aug. 8 raid of former-President Donald Trump’s Palm Beach estate.

The DOJ filed the motion along with a motion for a partial stay of Judge Aileen Cannon’s ruling, while the appeal is pending.

Justice Department officials say in the filing that the scope of the motion is limited only to “classified records” that were confiscated.

On Sept. 5, Judge Cannon granted the request for a special master to review all documents taken from Mar-a-Lago, and halted any use of the documents federal agents seized from being used in the DOJ’s ongoing criminal investigation. Her order did, however, allow the intelligence community’s (IC) review to continue.

The DOJ objected in its latest filing, arguing that the criminal probe is tied to intelligence review and that the special master having access to classified documents would “cause the most immediate and serious harms to the government and the public.”

Prosecutors told the court that the classified materials — which total just over 100 documents — have already been segregated from other records and are being stored separately.

Authorities stated that a stay of review of classified documents is warranted for three reasons.

First, the government is likely to succeed on appeal of Judge Cannon’s order as it applies to classified records. DOJ attorneys argue that Trump has no “possessory interest” in the documents, cannot exert executive privilege or attorney-client privilege over classified material, and Supreme Court precedent would consider the government’s “demonstrated, specific need” for the documents greater than Trump’s assertion of privilege.

Second, absent a stay, there could be irreparable harm to national security interests, as the IC’s “review and assessment cannot be readily segregated from the DOJ and FBI activities in connection with the ongoing criminal investigation.” Prosecutors said Judge Cannon’s order had already caused the IC to stop its intelligence assessment.

Finally, the partial stay would impose no harm to Trump. Prosecutors argue that the special master would still be able to review any material other than documents with a classification marking, which they again reiterate belong to the government.

Judge Cannon’s order received bipartisan criticism from legal experts who questioned her allowance of an executive privilege review, as the records are not Trump’s personal property and he is no longer president, according to The Guardian.

Prosecutors said if the court does not grant a stay by Sept. 15, they will petition the Eleventh Circuit. Trump’s legal team has until Sept. 12 to respond to the DOJ motion. 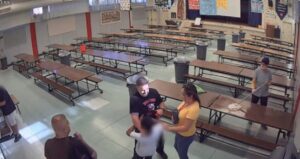