Doctors Who Implement ‘Anti-Racism Plan’ Given Bonuses by Biden Administration

The Department of Health and Human Services announced new rules for Medicare doctors which include monetary compensation for those who adopt anti-racism plans.

Doctors who conduct “a clinic-wide review” and evaluate their practice’s “commitment to anti-racism” will be able to increase their reimbursement rates.

The department wants doctors to define race as “a political and social construct, not a physiological one.”

“It is important to acknowledge systemic racism as a root cause for differences in health outcomes between socially-defined racial groups,” the department said its new rules.

The department says the change in policy is in line with President Joe Biden’s “Executive Order On Advancing Racial Equity and Support for Underserved Communities Through the Federal Government’ which he issued hours after his inauguration.

In the order, Biden said his administration would “pursue a comprehensive approach to advancing equity for all, including people of color and others who have been historically underserved, marginalized, and adversely affected by persistent poverty and inequality.”

“Because advancing equity requires a systematic approach to embedding fairness in decision-making processes, executive departments and agencies (agencies) must recognize and work to redress inequities in their policies and programs that serve as barriers to equal opportunity,” the statement continues. “By advancing equity across the Federal Government, we can create opportunities for the improvement of communities that have been historically underserved, which benefits everyone.”

The HHS changes will go into effect on Jan. 1.

Doctors are also rewarded for implementing what the HHS calls “Trauma-Informed Care Approach” to their clinics. The objective of this approach is to “avoid re-traumatizing or triggering past trauma.” The department cited “multi-generational trauma, whereby experiences that traumatized earlier generations, such as the genocide of Native American tribes, are passed down” as an example.

News of the change was denounced on Twitter as an attempt to mix medicine with Critical Race Theory.

Yikes. You thought CRT was bad in schools? Just wait until they triage you based on the color of your skin. https://t.co/YPvb4ip6Ph

"Have you ever used any of the following words, in anger or even in jest? Just put a check next to those that apply."

"Why are you resisting our efforts to create a more equitable society?"

Thread. The notion that Biden is a moderate should be retired. Rewarding doctors to ignore biology and science in favor of social constructionism is an extremist woke project. It has nothing to do with health. https://t.co/VaVrA8a8KY

During 2020, approximately 18.4% of Americans were covered by Medicare. Medicare spending last year reached approximately $925,8 billion. In 1970, the program’s spending was $7.5 billion. 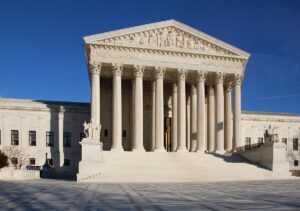