China’s Disneyland has temporarily closed due to an increase in COVID-19 cases.

The amusement park is located in Shanghai, China’s financial hub. The city reported that locally transmitted, asymptomatic COVID-19 cases had increased for the fifth consecutive day on March 22.

A reported 865 domestically transmitted asymptomatic infections were recorded on March 21, as were 31 symptomatic cases, per National Health Commission data.

“The infection uptick is small compared with those in many outbreaks overseas, but comes as Shanghai bids to double-down on efforts to follow China’s ‘dynamic-clearance’ policy that aims to curb each flare-up, continuing the city’s mass testing scheme block by block after having completed more than 30 million tests,” reports Channel News Asia.

“We apologize for the inconvenience and will provide refund or exchange for all guests impacted during this period. Thank you for your understanding and cooperation! We look forward to seeing you soon!” the park said.

Shanghai Disneyland initially closed due to COVID-19 in January of 2020 because of the outbreak of the virus in Wuhan, approximately 521 miles (839 kilometers) from the park. The amusement park eventually reopened in May of 2020.

Disney went on to temporarily shutter Disneyland in California and Disneyworld in Florida in March of 2020.

The park went into lockdown for two days in November of 2021 after a woman tested positive after visiting the site a day earlier. A total of 33,863 visitors had to be tested for the virus after being locked into the park, reports The New York Post.

According to Variety, “the Walt Disney Company owns 43% of the Shanghai Disneyland resort, with a majority 57% stake held by Shanghai Shendi Group, a joint venture of three companies owned by the Shanghai municipal government. It opened for business in June 2016.”

The Chinese government has been enforcing a “Zero-COVID” policy, a strict no-tolerance attitude toward the virus’ spread managed through rigid quarantine requirements and civilian restrictions, leading some experts to question the accuracy of the nation’s reported COVID-19 data.

“China’s COVID-19 figures are not arithmetically sensible. The Communist Party has deliberately made estimation difficult, but, outside of Wuhan city and Hubei province, cases are low by a factor of 100 or more,” wrote Derek Scissors, a Senior Fellow for the American Enterprise Institute in April 2020.

The United States government confirmed in June of 2021 that early COVID-19 data had been erased from a shared international database by Chinese researchers. 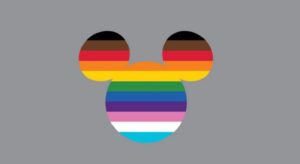