Disney has announced that they have created a task force to create more LGBTQ content for children.

Disney has been facing both internal and external backlash for CEO Bob Chapek not doing enough to fight Florida’s Parental Rights in Education bill, which blocks educators from discussing gender identity or sexual orientation with students in third grade or below.

On Monday, Chapek told employees about the company’s plan for the task force.

“We know the moment requires urgency – and words are not enough,” said Chapek, according to a recording of his remarks obtained by Reuters. “So we are taking some actions right now.”

According to Reuters, “The company said the task force will enlist the help of experts to develop a concrete plan to ensure Disney is ‘a force for good’ for LGBTQ+ communities, especially children and family.”

Disney has also vowed to halt political contributions in Florida for now and donate to the Human Rights Campaign’s fight against Texas legislation that deems transgender treatment for children as child abuse.

Despite the company’s efforts, a walk-out by some Disney Parks employees is scheduled to take place on Tuesday.

Pixar, a Disney subsidiary, also reinstated a same-sex kissing scene in their upcoming movie Lightyear, a prequel to Toy Story, amid the outrage.

The same-sex relationship had been kept in the story, but the kiss was not going to be included in the actual release.

On March 9, according to a report from Variety, Disney employees sent a letter stating that “Disney executives had actively censored ‘overtly gay affection’ in its feature films,” which are made for children — and expressed discontent that CEO Bob Chapek did not do more to oppose the Florida legislation.

“We at Pixar have personally witnessed beautiful stories, full of diverse characters, come back from Disney corporate reviews shaved down to crumbs of what they once were. Nearly every moment of overtly gay affection is cut at Disney’s behest, regardless of when there is protest from both the creative teams and executive leadership at Pixar,” they wrote.

“Nearly every moment of overtly gay affection is cut at Disney’s behest, regardless of when there is protest from both the creative teams and executive leadership at Pixar,” the statement said. “Even if creating LGBTQIA+ content was the answer to fixing the discriminatory legislation in the world, we are being barred from creating it.”

The letter did not specifically call out Lightyear, but the kiss was reinstated after the outrage. 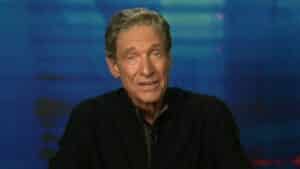