Barr was speaking with Fox News Monday night when he was asked to comment on allegations surrounding Hunter Biden’s laptop.

“He’s squarely confronted with the laptop, and he suggested that it was Russian disinformation and pointed to the letter written by some intelligence people that was baseless — which he knew was a lie,” Barr said. “And I was shocked by that.”

Bill Barr agrees that the media intentionally ignored facts to suppress the Hunter Biden story in an attempt to alter the election. pic.twitter.com/aPMheeVqcw

During an October 2020 presidential debate, Biden claimed “There are 50 former national intelligence folks who said that what this, he’s accusing me of, is a Russian plant… They have said that this has all the characteristics — four, five former heads of the CIA, both parties — say what he’s saying is a bunch of garbage.”

The former Attorney General recently released his memoir, ‘One Damn Thing After Another,’ chronicling his tenure at the Justice Department under President Donald Trump. 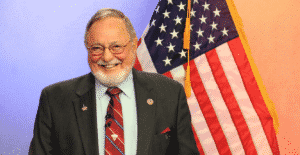 Alaska Representative Don Young Will Lie in State at US Capitol