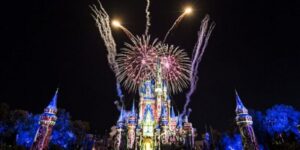 The Magic Kingdom fireworks show at Disney World has removed their classic greeting of “boys and girls” to be more “inclusive.”

The fireworks show has traditionally opened with “ladies and gentlemen, boys and girls,” but they will now be opening with “good evening, dreamers of all ages!”

Disney World employees were invited to a “cast member” preview of the “Happily Ever After” fireworks show on Wednesday. The show was the same, but the opening was noticeably different.

Fox News reports that Jack Wagner, known as “the voice of Disney,” estimated that he “uttered the phrase over 8 million times during his two-decade tenure as park announcer for Disneyland, Disney World and Tokyo Disneyland.”

Disney removes ”Ladies and Gentlemen, boys and girls” from Happily Ever After pre show announcement.

While Disney World has not yet commented on the change, a similar update was made at Tokyo Disney Resort in March and the park said that it was to be more “gender inclusive.”

“We want all guests to have a fun and comfortable experience at Tokyo Disney Resort, and we hope this change will make guests of all gender identities feel more comfortable when they visit our parks,” an Oriental Land Company spokesperson said in March. “In consideration of these ideals and in light of changing social norms, we decided to make this change.”

In January, Disney World removed “offensive” depictions of native people from the Jungle Cruise ride to reflect “the diversity of the world around us.”

In June, they announced they will be changing Splash Mountain to a “Prince and the Frog” themed ride because it was based on the 1946 Disney movie “Song of the South,” which has been deemed problematic and “racist.”

Fox News reports that Disney Parks around the world have also featured same-sex couples and children with disabilities on the cover of park guide maps. The Walt Disney Company also introduced “inclusion” as its fifth key in cast member training in September 2020. 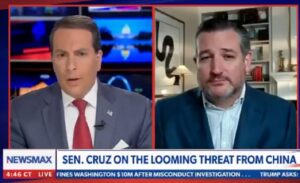