Drag Queen: 'You are such an awesome mom for bringing your kid'

Drag queens have launched a Christmas tour dubbed “The Naughty List” that has already garnered controversy from a journalist who observed and recorded one event held in Austin, Texas, describing it as “a blatantly sexualized show meant to groom children.”

The show’s host, Andrew Robert Levitt, who performs under the stage name “Nina West,” is affiliated with two of the foremost children’s television networks: Disney and Nickelodeon. His tour is scheduled to make 18 stops in cities across the United States for a total of 36 shows.

The host of this show, Nina West, is affiliated with Disney+ AND Nickelodeon… pic.twitter.com/yW4DnKqwtJ

This article featured unedited videos and images from the event, which are sometimes graphic in nature and discretion is therefore advised.

Reporter Tayler Hansen, who documented the performance, shared a Twitter thread compiling clips and photos he took while at the event. In his highly critical commentary, Hansen chronicled portions of the show, which included dancers acting out songs such as “Tits In A Box” where the performer sauntered around on stage with two prosthetic breasts exposed from a box hanging off of his chest.

That was the most sexual and inappropriate “family friendly” drag show I have ever attended.

From simulating sex, talking dirty to the crowd, sexualizing children’s stories, and much more.

Full report dropping tomorrow, I think this one is going to require a mega thread… pic.twitter.com/13a5Ep1Ziw

Other men dressed as caricatures while using stage names such as “Screwdolph the Red Nippled Reindeer” and “Crystal Methyd” took up sex positions, grinding and humping one another as the audience, in which at least 20 children were present, watched. During the lull between acts, members of the show interacted with the crowd, often singling out its youngest members.

The “Tits In A Box” performer, for example, leaned over a small child and asked, “Are you reaching for my titties? Are you hungry?” Screwdolf, at the end of his performance, ask nine-year-old attendee Major what his favorite part of the show was. “Nothing,” the boy replied.

When a second performer asked the boy where his mother was, the male drag queen said, “You’re nine? Oh, look at that! Thank you to whoever’s [sic] mom is out here. Where’s your mom?” he asked.

“Is mom over here?” the man asked again, looking off into the distance. Once the boy’s mother was located, the man said, “Hi mom, I saw you at the meet and greet. Didn’t we? Thank you so much for bringing Major out, that’s so sweet of you. Oh, we love you. That is so sweet of you. This is what we need: parents like this, ladies and gentlemen. You are such an awesome mom for bringing your kid out to a family-friendly drag show, ladies and gentlemen.”

The exchange prompted Hansen to tweet out some of the more striking scenes from the performance while asking what part of it qualified as family friendly:

What is “family friendly” or appropriate for “all ages” about this?

This same show is being hosted in Dallas, TX on the 17th. pic.twitter.com/p7Lg9QjTiC

Crystal Methyd, whose real name is Cody D. Harness, then performed Rhianna’s song “S&M,” about the sexual fetish for sadism and masochism. As he performed, children who were given money from their parents began presenting it to him. “Ten dollars already? I think I have a fan. Obsessed much?” he said to one kid in the front row.

Major, who returned to the front of the crowd for a later performer, also offered money. “Thank you, are you having fun? Are you enjoying it? Are you confused yet?” the drag queen asked the nine-year-old. “Oh, you watch Drag Race at home with your mom, don’t you?”

This Drag queen had a lot to say to children who were on the front row who were being given money by their mother to hand to the Drag Queens.

He engaged with two different children, a 9 and 10 year old.

“Are you having fun, are you enjoying it, are you confused yet?” pic.twitter.com/KydNKlJjND

Host Andrew Levitt, who, under his stage name Nina West, has done work with both Nickelodeon and Disney, then presented the audience with a game called “naughty or naughty” where people shared stories about their sexual experiences. “You’ll never believe this. I had sex with my father’s boss in my father’s office,” Levitt said before asking an audience member to participate.

“I saw you guys with your mom in the meet and greet, where’s Melinda the mom? Melinda right? Wait tell me your name again. Sonya! We need more mothers like you in the world, thank you so much.”

The Drag queen then addressed the children of the parent. pic.twitter.com/RcEbs7v7Ib

These were the event details prior to the tour, for some reason they removed the portion where it talks about being the “naughty tour”.

Now it simply states it is an “All Ages” Drag Show. pic.twitter.com/48nnfJmbSP

Sexual innuendo ruled every detail of the performance down to the tip jar:

I forgot to mention, this was the tip jar that was displayed. pic.twitter.com/4LIk4IfVxP 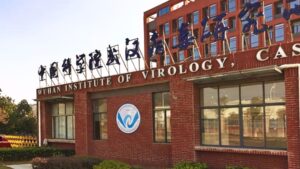