Republicans on the U.S. House Intel Committee have released a report showing that the committee has reason to believe America’s intelligence community (IC) downplayed the possibility the COVID-19 outbreak was connected to China’s bioweapons program.

Committee members say the IC has “ignored dozens of oral and written requests,” is not cooperating with the investigation, and that key information has been withheld from authorized officials.

“In direct contrast to media skepticism in the early days of the pandemic, the scientific community now largely accepts as feasible that the COVID-19 pandemic may have emerged from a lab-related event involving Chinese scientists experimenting with coronaviruses,” House Republicans wrote in an unclassified summary report on the origins of the pandemic.

According to the committee, a 2021 IC report, which sought to evaluate the virus’ potential connections to Chinese bioweapons programs, was misleading on key issues.

“The declassified report claimed the IC was able to reach ‘broad agreement’ that the virus was not developed as a biological weapon,” despite the fact that the IC failed to disclose its confidence level of that assessment, as it had done for nearly every other assessment in the report, the committee said.

House Republicans say that the declassified version also omitted key information that could have been included without any threat to national security.

The committee concluded that there are indications that COVID-19 may have been tied to China’s bioweapons research program and “spilled over to the human population” during some sort of lab-related event at the Wuhan Institute of Virology.

Committee members also state there are no indications that the Chinese military intentionally released the virus. 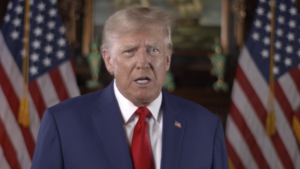