Heavy flooding in Germany and Belgium left behind damage and death

River across the region burst their banks after serious storms, causing flash floods. Over 40 people have died and dozens are missing. Cars were swept away through streets filled with water. Houses collapsed.

The New York Times said “the storms and resulting high water also battered neighboring Switzerland, the Netherlands and Luxembourg as a slow-moving weather system threatened to dump even more rain on the inundated region overnight and into early Friday.”

JUST IN – Flood disaster in many parts of Germany. At least 20 dead, hundreds missing, tens of thousands displaced, hundreds of thousands without electricity, army mobilized for relief and rescue operations.pic.twitter.com/ITtjiNE1Bu

Recovery efforts were underway as of Thursday. People trapped on rooftops were rescued with helicopters and inflatable boats. In addition to firefighter and emergency responders, hundreds of soldiers have been deployed to assist.

“Rescue operations were hampered by blocked roads and phone and internet outages across the Eifel, a volcanic region of rolling hills and small valleys. Some villages were reduced to rubble as old brick and timber houses couldn’t withstand the sudden rush of water, often carrying trees and other debris as it gushed through narrow streets,” 9News reported.

In addition to limited communication, Germany’s infrastructure in struggling in the wake of the crisis. Highways are constricted in the southern and eastern regions. The railway announced that all trains were halted.

Waters continue to rise in the city of Meuse where residents are being urged to evacuated. When that is not possible, local authorities recommend sheltering on a highest level of the building.

“I grieve for those who have lost their lives in this disaster. We still don’t know the number. But it will be many,” German Chancellor Angela Merkel said during a visit to Washington.

The complete extent of the damage will not be clear until the water recedes. The death toll is expected to increase in the days to come. 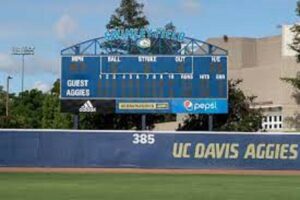