The decision follows misconduct allegations, according to the university

According to a statement, “the safety of students is of utmost importance to UC Davis” and “at this time, it is too early to know definitively when team activities, including practice, may start. There will be updates as more information is available.”

A review of the allegation will last into the early months of the fall quarter, which is scheduled to start on September 20.

NCB News reports, “the team is at the bottom of the Big West Conference standings, with a record of eight wins and 32 losses this year.”

University spokeswoman Melissa Blouin did not respond to a request for comment from NBC.

The suspension of an entire athletic program is extremely unusual but not unheard of.

The entire cheerleading team at Costal Carolina University was suspended in 2017 after news broke that they had been investigated for involvement in a sugar daddy service. Ultimately, only five team members were found to have been involved in the operation, which they operated through a website called Seeking Arrangement.

An 11-second video went viral on Twitter of the cheerleaders rapping to Meek Mill’s “Dreams and Nightmares.” The girls, who are white, repeated the n-word several times as well as a “derogatory term for the female genitalia,” according to Newsweek.

The college’s president released a statement which read “As a campus community, we will not support acts or behaviors that are not consistent with the values espoused in our mission statement and in the Fisher Creed.”

In April of 2020, the entire lacrosse team at Amherst College was suspended from the 2021 season because three players allegedly used “bigoted language.”

The team was ultimately accused of “sharing photos of a teammate with a swastika drawn on his face who had passed out at a party, and GroupMe exchanges denigrating and ridiculing gender-nonconforming and trans staff” in addition to using “racist, harassing speech—in the form of the ‘n-word,’” reported Breitbart.

Amherst said it had to suspend the entire team because it was unable to identify who specially had used the offensive language. College President Biddy Martin said “What makes these matters worse is the  failure of those involved to own up to their behavior and the failure of teammates to identify who was at fault.”

Coaches and players for the UC Davis baseball team have not publicly commented on their suspension. The details of the allegation remain unknown. 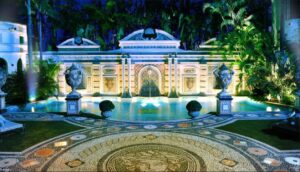 On Eve of the Anniversary of Versace’s Murder, Two Bodies Were Found in his Former Home