On Wednesday morning, Florida Governor Ron DeSantis unveiled his “Stop WOKE Act,” a new piece of legislation that moves to ban the use of Critical Race Theory in schools and workplaces across the Sunshine State.

“The rise of this Woke ideology is an attempt to de-legitimize our history. … I view this Wokeness as a form of cultural Marxism. … They really want to tear at the fabric of our society and our culture. Things we’ve taken for granted,” said DeSantis. “When you see these things throughout the country, that is an attempt to erase history. They want to de-legitimize the founding of the country. They want to replace it with a militant form of Leftism.”

“How is it not a hostile work environment to be attacking people based on their race or telling them that they’re privileged or part of oppressive systems when all they’re doing is showing up to work and trying to earn a living?” asked the Republican. “We believe that that violates the Florida Civil Rights laws, but to the extent that it doesn’t, we’re going to make sure that the law does include this.”

“Today, we are taking a stand against Critical Race Theory in our schools and in the workplace by calling for the enactment of the Stop W.O.K.E. Act,” he later posted on social media.

Today, we are taking a stand against critical race theory in our schools and in the workplace by calling for the enactment of the Stop W.O.K.E. Act. https://t.co/7iuEjyYKsj

"No taxpayer dollars should be used to teach our kids to hate our country or to hate each other." 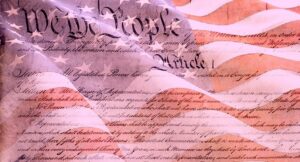