Homeland Security Secretary Alejandro Mayorkas testified that his agency is forming a “Disinformation Governance Board” in advance of the midterm elections.

Mayorkas revealed the new board while appearing before the House Appropriation Subcommittee on April 27. He had been called to discuss the Department of Homeland Security’s 2023 fiscal budget.

When asked by Representative Lauren Underwood what the DHS was doing to combat misinformation campaigns aimed at minority communities, Mayorkas said the new “Disinformation Governance Board” would “ bring the resources” of his department together “to address this threat.”

The DHS secretary told Congress that the new board will be overseen by Undersecretary for Policy Rob Silvers as well as principal deputy general counsel Jennifer Gaskill.

One hour after his testimony, former Wilson Center disinformation fellow Nina tweeted she would lead the board as the executive director.

Cat's out of the bag: here's what I've been up to the past two months, and why I've been a bit quiet on here.

Honored to be serving in the Biden Administration @DHSgov and helping shape our counter-disinformation efforts. https://t.co/uN20vl7qqV pic.twitter.com/JEn4FqLdck

Jankowicz “also oversaw Russia and Belarus programs at the National Democratic Institute,” per The Post Millenial.

“A HUGE focus of our work, and indeed, one of the key reasons the Board was established, is to maintain the Dept’s commitment to protecting free speech, privacy, civil rights, & civil liberties,” Jankowicz said on Twitter.

Some conservatives expressed their concern about Jankowicz’s appointment to the board as she has previously advocated for the regulation of social media and suggested that the controversy surrounding Hunter Biden’s laptop was a “Russian influence op.”

“The news of the ‘Disinformation Governance Board’ comes two days after Tesla CEO Elon Musk secured a $44 billion deal to buy Twitter, stoking panic among the left that the platform would become a free-speech free-for-all,” notes Fox News.

Representative Marjorie Taylor Greene indicated she was prepared to look into the committee.

In August of 2021, the DHS published a paper titled “Combatting Target Disinformation Campaigns” that analyzed the impact of misinformation on the lives of the American people.

The department noted that “on social media platforms and in messaging apps, disinformation spread like a virus, infecting information consumers with contempt for democratic norms and intolerance of the views and actions of others.”

“These events have highlighted the deep political and social divisions within the United States,” the department wrote. “Disinformation helped to ignite long-simmering anger, frustration, and resentment, resulting, at times, in acts of violence and other unlawful behavior.”

The DHS concluded in the report that “disinformation campaigns are threats to national security because they undermine the well-being of our society.” 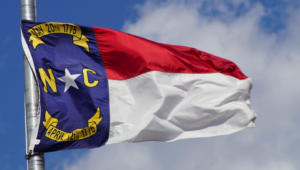