A panel of three judges delayed a review of a lower court ruling that would permit felons in North Carolina to vote in the upcoming midterm elections.

Following the court’s decision, anyone in the state with a felony conviction who is on probation or parole is eligible to vote.

The panel delayed the lower court’s ordered review of the decision through the summer. As a result of the April 26 decision, tens of thousands of felons could take part in the 2022 midterms.

North Carolina’s State Board of Elections had told the court it needed to know if any registration restrictions would be required so it could prep its computer systems before May 17, the date of the primary and municipal elections.

The Community Success Initiative of Raleigh filed a lawsuit in 2019 to end a law established in the 1970s that banned anyone who has been convicted of a felony from voting while they are on probation, parole, or post-release supervision.

Over 56,000 people could not register to vote in 2020 because of the 1973 law according to lawyers involved in the case.

In late March, a trial judge ruled in favor of the organization’s request on constitutional grounds.

Superior Court Judge Lisa Bell said the law “violates the state constitution largely because it discriminates against Black residents and said people who are not in prison or jail for a felony conviction may lawfully register and vote,” per WFAE.

Voter registration completed by felons had been marked as “incomplete” pending the legal appeal and anticipated decision from the North Carolina Supreme Court.

Republican legislators in the state filed the appeal and were granted a temporary stay of enforcement.

In the latest decision, Judges John Arrowood and Allegra Collins found that barring a paroled felon or a felon on probation from voting violates the North Carolina constitution. The judges ordered the registration rules in place before March 28 would stay in effect for the May 17 and July 26 elections.

“Thereafter, the North Carolina State Board of Elections is ordered to take actions to implement the [trial judges’ order] for subsequent elections,” they wrote in their decision.

The dissenting opinion was offered by Court of Appeals Judge Jefferson Griffin, who said the trial court’s ruling is likely to be overturned and that the stay should have remained in effect until all appeals are exhausted.

“If convicted felons are permitted to vote in the November election and petitioners subsequently prevail on the merits of their appeal, untold thousands of lawful votes cast by North Carolina citizens likely will be diluted by votes cast by convicted felons in violation of our state constitution,” Griffin wrote.

“Griffin also took the unusual step of urging his other colleagues on the intermediate appeals court to rehear the case,” reports The North State Journal. “A majority of the 15-member court are registered Republicans, including Griffin. Collins and Arrowood are registered Democrats.”

The rules governing felons’ voting rights are established and maintained by each individual state. There are 21 states – including California, Colorado, Hawaii and Maryland – that do not permit a person who is convicted of a felony to vote but will automatically restore voting rights upon their release.

Another 16 states – such as Alaska, Idaho, Texas, Georgia, and West Virginia – do not permit felons to vote while they are behind bars and restore voting rights after they complete parole or probation. Often, felons have to pay any outstanding fines or complete restitution payments before they can register to vote.

There are 11 states — including Alabama, Delaware, Kentucky, Florida and Virginia — that will not restore a felon’s right to vote without some additional action, such as a governor’s pardon or the competition of a post-sentencing waiting period. 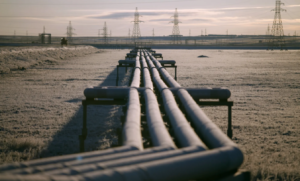