It is not yet clear how many people have been affected by the change.

The Department of Education has estimated Biden’s plan will cost $30 billion per year for the next decade – ultimately totaling $379 billion over the initiative’s 30 years.

Over 40 million borrowers would have been eligible for forgiveness under the plan’s original guidelines. The Department estimates that 81% of those eligible will participate in the relief program.

The new guidelines, which were published on Sept. 29, state people with federal student loans that are held by the Department “cannot obtain one-time debt relief by consolidating those loans into Direct Loans.”

The change will impact individuals who took out Perkins loans and Federal Family Education Loans, which are guaranteed by the federal government but issued and managed by private banks. While the FFEL program ended in 2010, more than 4 million individuals still have debt from FFEL loans. The Biden administration had previously advised FFEL holders that they could consolidate their loans into federal Direct Loans to qualify for the forgiveness plan.

“ED is assessing whether there are alternative pathways to provide relief to borrowers with federal student loans not held by ED, including FFEL Program loans and Perkins Loans, and is discussing this with private lenders,” the department said.

According to a report from NPR, an administration official says as many as 800,000 people no longer qualify for the student debt forgiveness plan. The outlet reports that the previous guidelines would have potentially allowed private banks that manage FFEL loans to sue the Biden administration on the grounds the plan causes financial harm.

The federal government did not announce the changes prior to the revision’s publication online. Applications for the student loan debt forgiveness program are scheduled to become available online in October. Americans interested in participating will need to apply by Dec. 31, 2023. 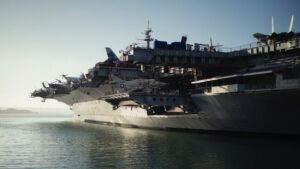