The former officials reiterated that America is a global leader that can, and should, help to replace Russian energy.

They state that Russia’s ongoing war with Ukraine is a key driver of many challenges facing global energy markets, but acknowledge that domestic policy decisions — including cancellation of the Keystone XL pipeline and regulatory restrictions — play a role in the energy crisis.

“While the consequences of these policies were masked during the economic downturn of COVID-19, the global growth of energy demand over the past two years has forced a time of reckoning,” the letter states. “This has led U.S. officials to ask foreign nations to fill the energy supply gap.”

Signatories to the letter, which include members of the Army, Navy, Air Force, and Marines, warn, “some of these nations – while they may purport to be allies of the United States – do not support the principles of freedom, democracy, and liberty; and instead serve their own self-interests.”

James “Spider” Marks, retired Major General of the U.S. Army who released the letter, said, “The United States and our neighbors throughout North America have the energy resources available to limit the grip Russia has over the world’s energy supply. However, recent U.S. policy decisions have limited oil and gas development, and canceled critical infrastructure projects, including Keystone XL.”

Marks explained that the U.S. is a hedge against foreign enemies who may weaponize their energy supplies, and called on Biden to increase the production and transportation of U.S. energy resources.

“For more than two generations, the United States has stood as a hedge against authoritarian regimes and dictators around the globe and, time after time, the United States – in large part because of our access to low cost energy – has been able to put our finger on the scale to tip the balance of power in liberty’s favor,” the letter states. “Without ready access to affordable and plentiful energy, we also risk a new reality where freedom’s adversaries will gain an upper hand in critical strategic geopolitical battles that could have negative consequences not just for citizens of the United States, but also for people around the globe.”

The consortium of retired military professionals asked Biden to do “what is best for the people of the United States” and return to past policies that were responsible for making the U.S. energy independent before he took office. 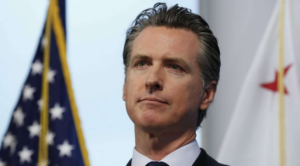