The Democratic Party will hold its first primary for the 2024 election in South Carolina, breaking with long-standing national protocol.

The Democratic National Committee voted on Dec. 2 to change its nominating calendar so South Carolina holds its primary before Iowa, where the nation’s first presidential primaries have been held since the 1970s.

“We feel strongly that this window reflects our values, paints a vibrant picture of our nation, and creates a strong process that will result in the best Democratic nominee,” said Rules and Bylaw Committee member Minyon Moore of Washington, D.C.

The alteration was endorsed by President Joe Biden one day ahead of the vote.

“We must ensure that voters of color have a voice in choosing our nominees much earlier in the process and throughout the entire early window,” Biden wrote in a Dec. 1 letter to the committee. “Our early states must reflect the overall diversity of our party and our nation – economically, geographically, and demographically. This means more diverse states earlier in the process and more diversity in the overall mix of early states.”

“For fifty years, the first month of our presidential nominating process has been a treasured art of our democratic process, but it is time to update the process for the 21st century,” Biden added.

Biden also expressed his desire to end caucusing, which he described as “restrictive” and “anti-worker.”

At primary caucuses, candidates are nominated at an in-person event marked by active participation.

“Iowans have long favored the process of arguing and debating over their candidates and moving physically from one side of the room to another in order to keep like-minded voters together in a group. They believe the process is more transparent and open than primaries where the voting is done individually,” per The Street.

Caucuses are criticized as placing a barrier to participation on those who cannot attend the event in person.

Some states hold caucuses while others hold primary elections.

Committee member Scott Brennan of Iowa also spoke out against the proposal, saying Democrats “cannot forget about entire groups of voters in the heart of the Midwest, without doing significant damage to the party for a generation.”

“While I support the guiding principles established by this committee and reinforced by the president, I cannot support the proposal before us,” Brennan said, per NPR. “We are now faced with a situation in which no state situated in the Central or Mountain time zone is represented in the pre-window.”

The DNC’s proposal eliminated Iowa from the initial first month of primaries altogether. The DNC will hold the first presidential primary in 2024 on Feb. 3 in South Carolina. The second and third primary would take place on Feb. 6  in New Hampshire and Nevada followed by Georgia on Feb. 13 and Michigan on Feb. 27.

The five selected states will now need to provide additional information about rescheduling their primaries by Jan. 5, 2023. The proposal will then be subject to a vote from the full DNC sometime in early 2023. 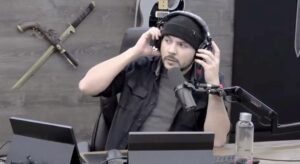