McCormick conceded to the Trump-endorsed television personality during a press conference on Friday — seventeen days after voters went to the polls.

Oz was leading by approximately 900 votes when the recount began.

“With so much at stake, and that margin so razor-thin, we spent the last 17 days making sure that every Republican vote was counted in a way that would result in the will of Pennsylvania voters being fulfilled,” McCormick said during a press conference livestreamed to his social media accounts.

McCormick went on to concede and announce his full support for Oz.

“But it’s now clear to me, with the recount largely complete, that we have a nominee. And today, I called Mehmet Oz to congratulate him on his victory. And I told him what I always said to you, that I will do my part to try to unite Republicans and Pennsylvanians behind his candidacy, behind his nomination, for the Senate.”

“He has my full support,” McCormick said.

Prior to McCormick’s concession, Oz had declared himself the “presumptive nominee” on May 27.

“I want to take a moment to express my deep thanks for the great people of Pennsylvania who have joined me so far on this journey and supported my campaign,” Oz said in a video released on Twitter. “I am blessed to have earned the presumptive Republican nomination for the United States Senate.”

It’s time to unite. I want to hear your ideas and make this country’s future as bright as it has ever been. With more freedom, less big government, and by empowering our people, America’s light will shine brighter than ever. pic.twitter.com/yWK5VhCk8P

“I know we’ve got to heal. We’ve got to pull people together again,” he continued. “I will work with anybody who’s got good ideas.”

Pennsylvania’s 67 counties had until 12 P.M. on June 7 to complete their recounts.

Oz will now compete against Democratic Senate nominee John Fetterman for  the seat being left by Republican Sen. Pat Toomey. 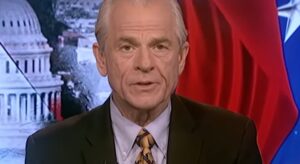