Former Trump White House adviser Peter Navarro has been indicted by a federal grand jury for criminal contempt of Congress over his refusal to cooperate with the House committee probe into the Capitol protest on January 6.

Navarro was arrested by FBI agents on Friday.

The Department of Justice previously arrested another former Trump advisor, Stephen Bannon, for also refusing to comply with a subpoena from the committee.

Navarro has been outspoken about his views on the committee, which he has referred to as “illegitimate.” He is also suing House Speaker Nancy Pelosi over the committee’s actions.

The former advisor claims that he has executive privilege in the matter because he was working for former President Donald Trump at the time, and he was still in the White House.

While speaking to Fox News prior to his arrest, Navarro called any possible prosecution of him “domestic terrorism.”

Previously speaking to MSNBC, Navarro said he would “lead the charge” to pursue charges against Biden and leading Democrats if Republicans win in 2024.

“You bet your a** that I will lead the charge,” Navarro said. “I will take Adam Schiff and Jamie Raskin and Nancy Pelosi and Rosa DeLauro — all of those clowns and kangaroos — I’ll take Biden and every single senior staff member in there–”

“And do what?” host Ari Melber asked.

“Hit them with subpoenas,” Navarro said. “We’ll start with the impeachment of Biden for Ukraine, the southern border, all manner of things he is guilty of and we’ll subpoena his senior staff.”

WATCH: Former Trump White House adviser Peter Navarro tells @AriMelber that he would “lead the charge” against President Biden and his advisers if Republicans win the White House in 2024 pic.twitter.com/sGNsQAzt0w

“I will push as hard as I can to use the same B.S. the Democrats are using now to try to put me in prison for standing up for principle,” Navarro continued. “If they want to play that game, we’ll play it right back. They’ll hit us, we hit them back harder. That’s not what I want, Ari. Let me be clear. I do not want that.”

Navarro is facing two counts, each of which could mean between 30 days and a year of jail time and a fine of up to $100,000, if he is convicted.

According to the filing, prosecutors wanted the indictment to be kept under seal to prevent him from fleeing or tampering with evidence.

“Public disclosure risks alerting the Defendant of the Indictment of the before the Government’s arrest operation is executed,” the filing said. “This would give the Defendant the opportunity to flee, tamper with witnesses or evidence, or take other steps to interfere with the criminal case.”

Navarro is scheduled to appear in court at 2:30 p.m. local time in DC. He was still in custody at the time of publication.

Bannon will be going to trial this summer. 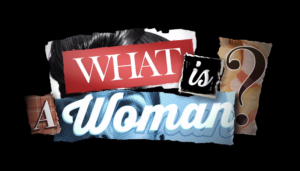 REVIEW: Daily Wire's 'What Is A Woman?' Documentary Asks a Simple Question Amid a Complex Culture War