Popular dating website Match.com has released the vaccination data that they have collected on the US single population.

The information is part of initial findings of the website’s 11th annual Singles in America study.

“The newest data reveals that vaccination status– an issue that wasn’t even on the table a year ago– has become of paramount importance to a vast majority of singles today, with 58% reporting it’s the most important issue when it comes to dating a potential partner, more so even than traditional deal breakers like political affiliation (53%) or religion (43%),” Match said in a press release obtained by Timcast. “73% of singles report they are vaccinated (compared to 64% of the general U.S. population) and 2 in 3 singles say they want their dating partners to be vaxxed, sending a clear message that being unvaxxed in the dating pool is a major turn-off to the majority of today’s singles.”

Match noted that “Hot Vax Summer” did not materialize, as all singles — men and women, young and old, straight, gay and lesbian, reported low rates of intimacy or having sex and averaged only one makeout partner in the last 12 months.

Only eight percent of the singles that they surveyed reported having a one night stand during the pandemic. A whopping 85 percent of respondents said that sex is less important to them since the start of COVID.

“Want love? Get vaxxed,” said Dr. Helen Fisher, Biological Anthropologist and Chief Scientific Advisor at Match. “Today’s singles have dramatically changed their dating priorities: 52% of singles won’t even meet up with an unvaccinated person; 48% regard anti-vaxxers as selfish; and almost 60% won’t have sex with an unvaccinated person– ever. Cupid’s got a new arrow in his quiver: your vaccination card. It’s today’s passport to romance.”

According to their data, 73 percent of singles reported being vaccinated, compared to 64 percent of the U.S. population overall. They also found that “65% of singles want their dating partners to be vaccinated, including 72% of Boomers, while 41% of vaccinated singles don’t want to spend any time with someone who isn’t vaccinated.”

Other key findings include:

The website will be releasing the full findings of the 11th annual Singles In America study later this Fall. 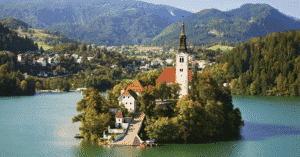