Despite offering another apology on Instagram yesterday following accusations of homophobic comments, two more of DaBaby’s performances have been called off.

On Aug. 3, the rapper was dropped from the Austin City Limits Festival and the iHeartRadio Music Festival — the latest venues to inform DaBaby he is no longer welcome.

The most recent cancellations occurred the day after DaBaby took to social media to apologize once again for remarks he made during his performance at Rolling Loud Miami music festival on July 25.

In response to the uproar that ensued, DaBaby took to Instagram and said, “I’ma address this weak-ass internet sh*t one time and then I’ma get back to giving my love to my fans. What me and my fans do at the live show, it don’t concern you n***** on the internet, or you bitter b*tches on the internet. It’s not your business.”

He continued: “What I do at a live show is for the audience at the live show, it’ll never translate correctly to someone looking a little five-six second clip from they g*ddamn crib on they phone. It just don’t work like that.”

DaBaby’s comments were swiftly condemned by former collaborator Dua Lipa (“I’m surprised and horrified”), Elton John, (“HIV misinformation and homophobia have no place in the music industry”), Madonna (“People like you are the reason we are still living in a world divided by fear”), and the Gay & Lesbian Alliance Against Defamation (GLAAD), which issued a statement saying “actions need to be taken for full accountability and changes to do better in the future.”

Within days, DaBaby’s performances were cancelled at several events, including Lallapalooza, Day N Vegas, and Governors Ball in New York City. In addition, his collaboration with boohooMAN for a summer line of clothing was dropped.

During the wave of cancellations, DaBaby apologized twice.

“What I said was insensitive even though I have no intentions on offending anybody. So my apologies,” he tweeted on July 27.

The following day, he released a music video, “Giving What It’s Supposed to Give,” that prompted Rolling Stone magazine to declare “DaBaby Makes Things Worse in New Offensive Video.” The video includes a brief moment where the rapper holds up a sign that says “AIDS” and concludes with rainbow-colored text that reads “Don’t Fight Hate With Hate.” A second apology appeared below, reading: “My apologies for being me the same way you want the freedom to be you.”

As more cancellations followed, DaBaby released the following statement on Instagram on Aug. 2:

Social media moves so fast that people want to demolish you before you even have the opportunity to grow, educate, and learn from your mistakes. As a man who has had to make his own way from very difficult circumstances, having people I know publicly working against me — knowing that what I needed was education on these topics and guidance — has been challenging. I appreciate the many people who came to me with kindness, who reached out to me privately to offer wisdom, education, and resources. That’s what I needed and it was received.

I want to apologize to the LGBTQ+ community for the hurtful and triggering comments I made. Again, I apologize for my misinformed comments about HIV/AIDS and I know education on this is important. Love to all. God Bless.

Thus far, it’s unclear whether or not his most vocal critics have accepted his lengthiest, most recent apology. 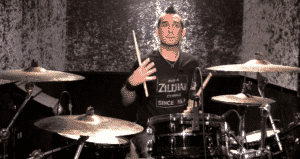 Offspring Cuts Ties With Longtime Drummer For Not Getting Vaccinated