Offspring Cuts Ties With Longtime Drummer For Not Getting Vaccinated

Punk drummer Pete Parada announced yesterday that he will not be recording or touring with Offspring because he will not get vaccinated given his pre-existing medical conditions.

Parada has been the band’s drummer since 2007. He has appeared in multiple short films about the band, including The Offspring: You’re Gonna Go Far, Kid as well as The Offspring: Coming For You. He previously played with Steel Prophet, Engine, and Face to Face.

In a lengthy and detailed statement on Twitter, the drummer noted his doctor had advised him not to get the vaccination “at this time” over concerns about his medical history and potential side effects.

Parada wrote, “I caught the virus over a year ago, it was mild for me — so I am confident I’d be able to handle it again, but I’m not so certain I’d survive another post-vaccination round of Guillain-Barré Syndrome.”

His band has reportedly decided he cannot be involved with the band’s work unless he gets vaccinated.

Since I am unable to comply with what is increasingly becoming an industry mandate – it has recently been decided that I am unsafe to be around, in the studio, and on tour. I mention this because you won’t be seeing me at these upcoming shows. 5/17

Expressing his regret over missing the chance to connect with his “road community” and “connect with fans,” Parada added he has no negative feelings for the band.

“Unfortunately for me, (and my family — who is hoping to keep me around a bit longer) the risks [of the COVID-19 vaccination] far outweigh the benefits,” he said.

The drummer also said he supports “informed consent” noting that “there are countless folks [like me] for whom these shots carry a greater risk than the virus.”

“Most of us don’t publicly share a private decision we made in careful consideration with our doctors,” he said.

While my reason for not getting this jab is medical, I want to make sure I’m not carving out a space that is only big enough for me. I need to state, unequivocally, that I support informed consent – which necessitates choice unburdened by coercion. 9/17

I do not find it ethical or wise to allow those with the most power (government, corporations, organizations, employers) to dictate medical procedures to those with the least power. 10/17

“I hope we can learn to make room for all the perspectives and fears that are happening currently. Let’s avoid the unfortunate tendency to dominate, dehumanize and shout down at each other. The hesitant population is not a monolithic group,” appealed Parada.

Hesitancy and concerns regarding the COVID-19 vaccine have deeply divided the American public. Those who do not trust the vaccine or express concern over the lack of clear information regarding side effects are often labelled “anti-vaxxers.”

A Gallup poll report published last week found between 14% and 26% of American adults are not vaccinated and are unlikely to do so in the future. Gallup notes that the results varied based on how the question and response options were phrased. The analysis cites partisan differences and a combination of a lack of education and low trust are the major contributors to vaccine hesitancy.

According to Gallup, “data show that Republicans have particularly low confidence levels in major societal institutions that one might expect would be at the forefront of vaccine persuasion efforts — including the government, science, the media and educational institutions.”

The authors of the report also claim “Americans without a college degree are much more likely than college graduates to be vaccine-hesitant, 31% to 12%.”

“We assume those with less formal education are less interested in or less accustomed to engaging in evidenced-based decision-making processes,” concludes senior scientist Frank Newport. “Fact-based arguments may not be effective when confronting people with low levels of confidence in the entities providing that information, who are less accustomed to scientific, rational thinking, and whose decision making may rely more on emotion and intuition than effortful mental activities and computations.”

The Offspring are set to tour the United States this fall with stops in Denver, CO, Silver Spring, MD, Camden, NJ, and Dayton Beach, FL. They will subsequently embark on a European tour beginning in December of 2021. Thus far, they have not addressed Parada’s exit on their website or Twitter page. 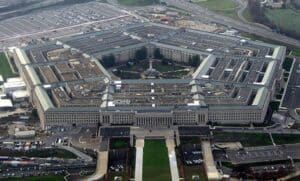