Cuba: A True Test of Leadership

July 11, 2021 saw the largest demonstrations against the Cuban dictatorship in decades. Fidel is gone. Raul has retired. Yet the oppressive system they built roughly sixty years ago remains in place, complete with death squads and arrests for anyone who dares to criticize the regime. It is clear from the footage recently unearthed that for the Cuban people, enough is truly enough. There’s now an opening for a brighter future, provided that the policy of Cuba’s closest and most powerful neighbor is coherent and effective.

Fidel Castro proclaimed in an interview eleven years ago that “The Cuban model doesn’t work for us anymore.” Indeed, the Cuban model always depended upon a major benefactor to prop up the Communist Party’s oppressive regime: first the Soviet Union during the Cold War, and then Hugo Chavez’s Venezuela in the 2000s. Chances at a democratic opening had been lost before the 1994 protest fizzled out while chances at a more recent opening was lost with the so-called “Cuban thaw.”

The incumbent U.S. administration in 2014, according to Florida International University professor Dario Moreno, handed Raul Castro a propaganda victory. An effective U.S. administration would be making the rounds with its allies in the region and worldwide, just as Reagan did with the Contadora Group (Mexico, Venezuela, Colombia, Costa Rica)’s approach to Central America and H.W. Bush did with getting UN support in opposition to Saddam Hussein’s invasion of Kuwait. Additionally, if the same diplomatic and economic approach to ending apartheid in South Africa would be applied to handling Cuba, the Communist regime could fall without firing a shot.

Democratization only works well when it is led by the people. The Romanian Revolution of 1989 and the democratization of Eastern Europe happened because of popular movements, the diplomacy of Reagan and Gorbachev, and the activism of committed leaders like Lech Walesa and Pope John Paul II. While the U.S. invasions of Grenada and Panama had popular support within each country, the infamous 2003 invasion of Iraq illustrates the serious shortcomings of invading first and asking questions later. The years 1989 and 1991 saw one of the greatest mobilizations towards democracy and human rights with respect to Europe: it didn’t take a U.S. invasion to bring about the fall of the Berlin Wall on November 9, 1989. Ronald Reagan in particular was consistent in opposing oppression committed by communists worldwide. An American leader who will offer moral and diplomatic support to the oppressed worldwide has always been in high demand.

Moments can be lost. Take Iran in 2009, in which a popular movement opposing an (allegedly) rigged election sought international recognition yet came up short in the United States. Indifference ranged from the incumbent administration to the mainstream U.S. media: when the Iranian protesters emerged as contenders for TIME’s Person of the Year in 2009, the recognition instead went to the chairman of the Federal Reserve. Had the Green Movement been successful, thirty years of authoritarian theocratic rule may have come to an end. Today the regime stands out as an oppressor of not only its own people but abroad as one of the largest state sponsors of terrorism.

How the current administration wants to be remembered is ultimately up to them. Fidel Castro once boasted, “History will absolve me,” though the events of past and present show that not to be the case. History will not absolve the cruelty of communism. History has not been kind to leaders like Neville Chamberlain who shrink in the face of tyranny, yet it reveres those like Winston Churchill who took the evils of Nazism head on. Abraham Lincoln’s steadfast commitment to the abolition of slavery has earned him the top spot in historical rankings of U.S. presidents.

Will today’s leaders follow the footsteps of Lincoln, Churchill, and Reagan, or those of Chamberlain and countless other leaders who failed to meet the moment of the day? The Cuban crisis of 2021 represents a true test of leadership, and it is the solid, consistent leadership that will make or break the path to a brighter future. 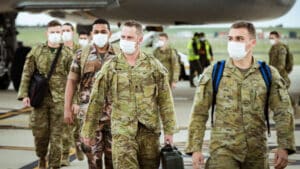