The COVID-19 infection rate declined during the past two weeks according to two major health organizations.

In the United States, the Centers for Disease Control and Prevention data indicates a the seven-day case average fell by more than 20% in two weeks. The CDC reported the weekly average was 151,139 COVID-19 cases on Sept. 14 ,which dropped to 107,625 on Sept. 28. The number of COVID-19 Nucleic Acid Amplification Tests (NAATs) performed each day declined in September, from over 2 million on Sept. 1 to a little over 1.5 million on Sept. 24.

The institute’s data indicates that about 1 in 434 rural Americans has died as a result of COVID since March 2020, whereas roughly 1 in 513 urban Americans suffered the same fate, the institute’s data shows. RPRI notes that rural mortality rates are now more than double that of urban ones.

According to National Geographic, “At least 80 percent of the population must be fully vaccinated to reach herd immunity. That will only be possible when the Food and Drug Administration approves COVID-19 vaccines for children younger than 12 years old.”

Earlier this month, the COVID-19 Scenario Modeling Hub indicated that “the delta surge appears to be peaking nationally, and cases and deaths will likely decline steadily now through the spring without a significant winter surge,” per NPR.

The modeling predicts the next six months of the pandemic with a combination of nine different mathematical models from various research groups and data from the CDC.

The World Health Organization announced on Tuesday that new infections and deaths had declined by 10% over the last week. The Middle East, the Western Pacific, and the Americas reported the most significant declines.

“The WHO added that all regions reported declines except for Europe and Africa, which recorded 15 percent and 5 percent increases, respectively. Meanwhile, COVID-19-related deaths in Asia fell by nearly 25 percent,” reports The Hill. “The total number of confirmed global cases of COVID-19 has exceeded 231 million, according to WHO data, with deaths rising above 4.7 million.”

The report comes almost a week after Norway became the second Scandivain country to repeal its COVID-19 restrictions.

Editor’s Note: A previous version of this article included a misleading figure from the CDC indicating that there is currently over 43 million cases of COVID in the U.S. The statistic has been revised accordingly. 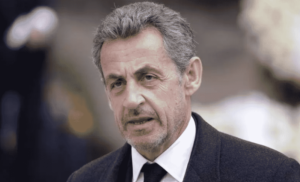 Former French President Sarkozy Sentenced to a Year in Prison