The murder conviction of a former Dallas police officer was upheld on Thursday by a Texas appeals court.

Amber Guyger was charged with murder in the 2018 death of Botham Jean.

A panel of judges found that there was enough evidence for the Dallas County jury to convict Guyger.

The case made national headlines not only because it coincided with several police shootings involving black men and white officers, but also because of the strange circumstances.

In early September of 2018, Guyger ended a long shift at the police department and mistakenly entered Jean’s apartment through an ajar door, exactly one floor before her own. There, she found the 26-year-old accountant eating ice cream on his couch. Later, Guyger testified that she thought he was a burglar and shot him.

She was subsequently fired by the Dallas County Police Department.

“Guyger’s appeal hung on the claim that her mistaking Jean’s apartment for her own was reasonable, and therefore, so too was the shooting. Her lawyer asked the appeals court to acquit her of murder or substitute in a conviction for criminally negligent homicide, which carries a lesser sentence,” per AP News.

The Fifth Court of Appeals determined “Guyger’s belief that deadly force was immediately necessary was not reasonable.”

In its 23-page opinion, the justices wrote, “That she was mistaken as to Jean’s status as a resident in his own apartment or a burglar in hers does not change her mental state from intentional or knowing to criminally negligent … We decline to rely on Guyger’s misperception of the circumstances leading to her mistaken beliefs as a basis to reform the jury’s verdict in light of the direct evidence of her intent to kill.”

According to The Washington Times, “defense attorneys could still ask the Texas Court of Criminal Appeals — the state’s highest forum for criminal cases — to review the appeals court’s ruling.”

Currently, Guyger will be eligible for parole in 2024. 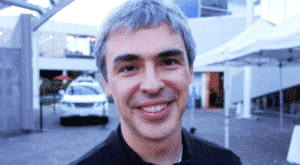