A recent study ranked New Zealand number one for survivability

The Google co-founder applied in November under a visa open only to people with 10 million New Zealand dollars — or $7 Million USD — to invest.

The “Investor Plus” visa is described on the agency’s website as offering a “New Zealand lifestyle,” adding that “you may be able to bring your car, boat and household items to New Zealand, free of customs charges,” per AP News.

Page arrived in New Zealand in January with his son. The Page family filed an urgent application for the son to be evacuated from Fiji due to a medical emergency. At this time, the island country had sealed its borders to non-residents to combat the spread of COVID-19.

“The day after the application was received, a New Zealand air ambulance staffed by a New Zealand ICU nurse-escort medevaced the child and an adult family member from Fiji to New Zealand,” Health Minister Andrew Little told lawmakers in Parliament. He added that the family followed all coronavirus protocols when they arrived. He did not identify the family by name out of privacy concerns.

According to AFP,  David Seymour, leader of New Zealand’s opposition party, said “The government has questions to answer about why billionaire Page was allowed into New Zealand when desperate Kiwis and separated families can’t get through the border.”

The 48-year-old passed on the role of Alphabet CEO to Sundar Pichai two years ago but retains majority voting control with cofounder Sergey Brin. Alphabet is worth an estimated $1.8 trillion.

Page was “spotted by locals on two of the archipelago’s islands over the past year. There are even rumors that he bought an island (Fiji has 300 of them),” says Business Insider Australia. “While Fiji has been closed to tourists during the pandemic, Page apparently entered through the country’s special ‘Blue Lane’ initiative which offers passage to superyacht and private jet owners who abide by quarantine rules.”

“New Zealand was found to have the greatest potential to survive relatively unscathed due to its geothermal and hydroelectric energy, abundant agricultural land, and low human population density,” per The Guardian.

Iceland, the UK, Tasmania, and Ireland were also top survival destinations. Each nation is an island in temperate regions with mostly low population densities.

The researchers said, “a globalised society that prized economic efficiency damaged resilience, and that spare capacity needed to exist in food and other vital sectors.”

Another Silicon Valley billionaire, Peter Theil, made headlines when he bought land in New Zealand, which he considers “the Future.”

Bloomberg Business ranked Page the sixth richest man in the world, right after Mark Zuckerberg and before Brin. He has an estimated net worth of $122 billion.

Larry Page has a reputation as a reclusive figure. He and his wife, biologist Lucinda Southworth, are known to have two children — a son born in 2009 and a second child born in 2011. 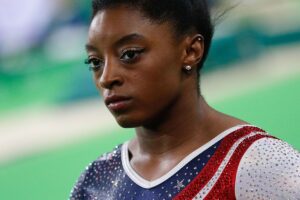