Viewers have more access to athletes than ever before, making some and breaking others

Social media content is giving the pandemic Olympics an unprecedented level of intimacy.

Australian Jessica Fox showed off how she repaired her canoe with a condom on TikTok before the competition.

A snapshot of British diver Tom Daley knitting in the stands made headlines, inspiring many memes and Twitter responses. His TikTok video of the Team GB sweater he made was watched over 790,000 times in 24 hours.

Just confirming his National Treasure status in my eyes https://t.co/gY6FWXtVnq

Oh this? Just Olympic champ @TomDaley1994 knitting in the stands while watching the diving. 🧶 pic.twitter.com/o17i6vsG2j

Unknown athletes became internet sensations by capturing their personal experiences at the Games in real-time to share with an increasingly curious audience.

Twitter users struggled to explain to one another the astonishing results of the men’s 400-meter hurdles race, where Norway’s Karsten Warholm and the United States’ Rai Benjamin both broke the previous world record, clocking in at 45.94 and 46.17 seconds, respectively.

Karsten Warholm ran 400m in 45.94 — while jumping over hurdles — which was better than 23 Olympic sprinters did without the hurdles.

Erik Shoji, a men’s volleyball player from Hawaii, “has 1.1 million views on a video documenting arrival procedures at the Tokyo airport. A second video of Shoji testing the cardboard beds with teammate and roommate Taylor Sander received 3.2 million views,” per AP News.

“Paul Chelimo, a U.S. distance runner, speculated on Twitter that the beds were unable to support more than one person and were ‘aimed at avoiding intimacy among athletes,’” says The New York Times.

A gymnast from Ireland, Rhys McClenaghan, called the claim “fake news” and posted a video to Twitter jumping on his bed to demonstrate its strength. His post was reposted by the official Olympics Twitter account with the message: “Thanks for debunking the myth.”

While platforms like Twitter, TikTok, and Instagram helped capture much of the behind-the-scenes moments in the lives of Olympic athletes, the platforms also caught the lows of the 2021 Olympics.

A caption on Simone Biles’s Instagram post after gymnastics preliminary trials was repeatedly referenced in the debate following the announcement that she was leaving the competition.

In the post, the 24-year-old gymnast wrote she felt “the weight of the world on [her] shoulders.” She withdrew from nearly all the events she was set to compete in, citing mental health concerns.

Gymnastics is generally a popular sport among viewers and their eyes quickly fell on other members of the team.

Four days later, Lee took third place on the uneven bars and announced she would leave Twitter. “This medal probably means more to me than the all-around gold medal did, just because bars is my thing. To mess it up like this, I was just kind of sad about it,” she said in an interview.

She said she avoids reading criticisms of her performance, explaining “Instagram is not as bad because I can’t really see what people say, but [on] Twitter it’s just so easy to see everything. So I’m probably going to have to end up deleting that.”

This change mirrors American track gold medalist Sydney McLaughlin’s strategy. She told The New York Times, “A lot of that is outside things I can’t control and I just tried to minimize it. I stayed off social media, stayed in my room, talked to friends and family and stuck to what I knew.”

These figures do not include the cumulative digital impact of each individual athlete’s personal pages. Even on more traditional online platforms, the Tokyo Games are thriving.

“More than 100 million unique users had visited Olympic digital platforms or used the Tokyo 2020 app through the first week of the games,” says NBC New York. “U.S. rightsholder NBC has notched 2.5 billion streaming minutes of Olympics content across all its digital platforms … a 77% increase from the 2018 Pyeongchang Winter Games. The first week in Tokyo was the highest-ever weekly usage for streaming platform Peacock.”

Keeping up with athletes on social media has become an integral part of their fans’ Olympic viewing experience. For athletes, the impact of online platforms seems to be pretty mixed. Many have increased agency and are reliant on media interviews or team statements to connect with their supporters. In some instances, little-known sports gain new exposure as their highlights and players go viral. Still, social media’s omnipresent and unrelenting nature can be too much pressure for some competitors. 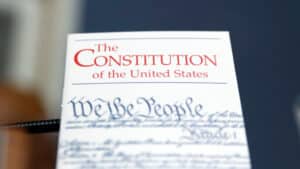