The ruling overturns a lower court decision in January from District Judge Vanessa Baraitser, who cited the high risk of suicide in American prisons and said the 50-year-old Australian’s mental health was too uncertain to withstand the U.S. justice system.

In its decision, the High Court said the “U.S. assurances were enough to guarantee Assange would be treated humanely and directed a lower court judge to send the extradition request to Britain’s interior minister for review,” reports AL.com. “Home Secretary Priti Patel, who oversees law enforcement in the U.K., will make the final decision on whether to extradite Assange.”

The United States has brought 17 charges against Assange, including violating the Espionage Act and hacking government computers.

Assange is accused of conspiring with Chelsea Manning, a former U.S. Army intelligence analyst who provided classified information to WikiLeaks in what was considered the largest unauthorized release of state secrets in the nation’s history. Manning’s sentence was commuted by President Barack Obama in 2017.

Assange has also been accused of working with hacking groups including LulzSec and Anonymous.

In 2016, WikiLeaks was accused of trying to harm Hillary Clinton’s presidential campaign when it published Democratic emails hacked by Russian intelligence.

Assange was arrested in 2019 for skipping bail in a different legal proceeding after Ecuador revoked his asylum. He had been living in the nation’s embassy in London since 2012.

“The case has raised significant questions about First Amendment protections for publishers of classified information, as Assange argues he was acting as a journalist when he published leaked U.S. government documents on Iraq and Afghanistan,” per Axios.

Assange is currently being held in Belmarsh Prison, a high-security facility in London. He has been ordered to remain in custody while extradition is resolved.

If convicted in the U.S., Assange could face up to 175 years in prison.

James Lewis, a lawyer for the U.S. government, told this British court that “the longest sentence ever imposed for this offense is 63 months” as part of his appeal of the lower court’s denial.

Assange is expected to appeal the ruling. 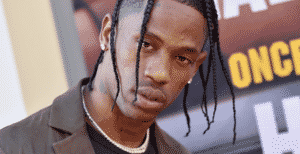