EVA will build on an “established network of grassroots support” established by Presler’s previous efforts increasing voter registration across the country.

“With Republicans having been soundly defeated by the Left regarding pre-Election Day voting in past cycles, EVA will lead the fight to increase overall turnout of Republicans in elections through mobilization of Republicans towards whichever method of voting in each respective state is available at the earliest possible time, from Active Early Voting List registration and participation in Arizona to ballot harvesting in Nevada.”

“EVA plans to recruit and mobilize volunteers from all 50 states,” the press release reads. “Through the launch of EVA’s Sister City Program, volunteers in regions historically overlooked due to their solid red or blue political coloring will be targeted to increase the volunteer pool to drive registration and vote collection in key battleground states necessary to achieve nationwide conservative success.”

“Scott Presler is well-positioned to leverage his conservative network and standing to built the infrastructure necessary to achieve victory in this upcoming election cycle and for years to come.”

On Sunday, Presler mentioned he would make an announcement on Steve Bannon’s War Room podcast. The activist also took a jab at former President Donald Trump noting, “it’s not about NFT trading cards.”

“President Trump inspired me to start cleaning up America,” Presler told Fox News at the time, noting the former President’s previous comments about the community being a “disgusting, rat and rodent-infested mess.”

“I saw how everyone on Twitter was kind of pointing the finger, they were blaming and scapegoating, and everybody was talking about the problem but nobody was coming up with a solution,” the activist continued. “I didn’t realize what I had done, but the flood gates had opened and all of these people from across the country, everyone was asking what they could do to help.”

“The trash that I found, the amount of needles, the amount of homeless … the biggest reason why I’m doing this is I just want people to understand that we need to put America first,” he said. “We need to take care of our people. We have 50,000 homeless veterans and 500,000 homeless Americans. I think it’s wrong that we don’t prioritize the needs of our American citizens first.”

“I credit President Obama with helping to make me into a community organizer because he made me point a finger back at myself, and ask, ‘What are you doing to help your country?'” 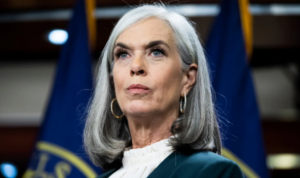