The 23-year-old child of the second-ranking Democrat in the House of Representatives was arrested for allegedly assaulting a police officer after vandalizing the Boston Common bandstand.

Jared “Riley” Dowell, the child of Massachusetts Congresswoman Katherine Clark, was observed defacing the monument on the night of Jan. 21, reportedly spaying-painting the phrases “NO COP CITY” and “ACAB” (All Cops Are Bastards).

“Last night, my daughter was arrested in Boston, Massachusetts,” Clark wrote on Twitter the following evening. “I love Riley, and this is a very difficult time in the cycle of joy and pain in parenting.”

“This will be evaluated by the legal system, and I am confident in that process,” the congresswoman added.

Dowell was born male and currently identifies as nonbinary. The police report only uses the accused’s birth name.

Dowell has been charged with assault by means of a dangerous weapon, destruction or injury of personal property, and damage of property by graffiti/tagging. Dowell is expected to be arraigned in Boston Municipal Court.

According to the Boston Herald, a group of about 20 protestors surrounded Boston police officers as they tried to arrest Dowell. The crowd screamed “profanities though megaphones on the street” and caused “traffic to come to a standstill.”

During Dowell’s arrest, “an officer was hit in the face and could be seen bleeding from the nose and mouth,” per the outlet.

Police also arrested Andrea Colletti, 27, who attempted to flee the scene on foot. Colletti has been charged with damage of property by graffiti/tagging, destruction or injury of personal property, and resisting arrest.

Clark was first elected in December of 2013. She previously served as general counsel for the Massachusetts Office of Child Care Services and the policy chief for the state attorney general. With the start of the 118th Congress, Clark became the Democratic Whip. She had led efforts to require universities that receive federal funding to seek a waiver before they can claim religious exemptions from Title IX requirements. Clark said in July of 2021 that Exposing Discrimination in Higher Education Act would increase transparency and protect LGBT students.

Dowell is one of Clark’s three children. Clark shared a photo of Dowell on July 14, 2021 to mark “international Non-Binary Peoples Day.”

“Every person should be celebrated and free to live safely, regardless of their gender expression,” Clark wrote. “Riley and I are celebrating #InternationalNonBinaryPeoplesDay with a reminder that inclusivity and acceptance make our entire community stronger. We see you.”

Every person should be celebrated and free to live safely, regardless of their gender expression. Today, Riley and I are celebrating #InternationalNonBinaryPeoplesDay with a reminder that inclusivity and acceptance make our entire community stronger. We see you. pic.twitter.com/tyrygsAPaf 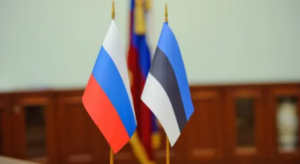