'It’s time to get rid of it,' Vance said

The Democratic candidate for the Senate Tim Ryan released an ad attacking his Republican opponent’s position on the Bureau of Alcohol, Tobacco, Firearms, and Explosives while his past critique of the criminal justice system reemerge online.

Ryan, a current U.S. Congressman, is facing J.D. Vance, a fellow Ohio native and author of the bestselling book Hillbilly Elegy, in the November general election.

Maier also said Vance called law enforcement “corrupt” but does not cite a specific statement from the Republican.

In a February appearance on Tucker Carlson Tonight, Vance defended his belief that the ATF should be dismantled.

“If the Democrats are going to ignore the heavily armed drug cartels on our southern border that use the ATF to go after law-abiding citizens, why don’t we just get rid of the ATF?” Vance said.

“Using various legal loopholes, the ATF is acquiring tens of millions of transaction records on American citizens,” he wrote in an opinion piece for The Cincinnati Enquirer. “Federal law explicitly prevents the creation of a federal firearms database, for the simple reason that such a database is a direct affront to the Second Amendment.”

Vance said that though the agency serves “a very important public safety function in our country,” it is currently being misused by the federal government.

“I want an ATF that prevents Mexican drug cartels from getting access to the most dangerous weapons in the world, while protecting my rights and those of my fellow citizens,” Vance added. “The ATF is doing the opposite, so it’s time to get rid of it.”

The day Ryan’s ad attacking Vance’s stance on the A.T.F. was published, a video of the congressman denouncing the American criminal justice system was posted on Twitter.

“I believe that the current criminal justice system is racist,” Ryan said. “I believe in my heart that it is the new Jim Crow.”

Henry Rodgers, a correspondent for The Daily Caller who shared the clip, said the video was taken in 2019 while Ryan spoke to supporters.

Ryan said that “with crimes like marijuana … you’re gonna have a person of color go to jail 5 to 6 times more likely go to prison than someone who’s white” and their “prison sentences will be 20% longer than … a white person.”

“I think it gets back to the police immersion training that we need to have in the United States,” Ryan added.

Vance and Donald Trump Jr. both reshared the video, as did Richard Grenell, who served as Director of National Intelligence under President Donald Trump.

“I hope every police officer in Ohio and their family members see what @TimRyan said in 2019,” Grenell wrote. “He joined the mob’s attack on law enforcement! Disgraceful.”

The candidates are currently close in the polls. While a GrowProgress poll indicates Ryan has a 3% lead over Vance, another poll from Suffolk University indicates Vance leads Ryan by 2%. 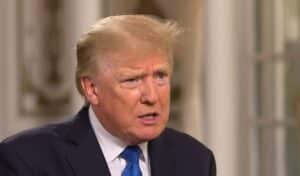