The president of CNN announced that he will leave the network, following the revelation that he had a relationship with a colleague.

Jeff Zucker has led CNN for the last nine years. His decision to leave comes after he was questioned about a “consensual relationship with my closest colleague” that he failed to disclose to the network during its investigation of Chris Cuomo.

A copy of his email was posted on Twitter by CNN media correspondent Brian Stelter.

“I acknowledged the relationship evolved in recent years,” Zucker said. “I was required to disclose it when it began but I didn’t. I was wrong. As a result, I am resigning today.”

According to a report from The New York Times, Zucker was involved with CNN’s executive Vice President, Allison Gollust.

She confirmed the news in statement released shortly after Zucker’s announcement on Feb. 2.

“Jeff and I have been close friends and professional partners for over 20 years. Recently, our relationship changed during COVID. I regret that we didn’t disclose it at the right time,” said Gollust.

Gollust will remain in her roles as executive vice president as well as chief marketing officer.

Zucker “is one of the most powerful executives in media, gaining prominence during the Trump administration for rebuking the former president’s verbal attacks on the network,” per New York Magazine.

Before joining CNN, Zucker was the president of NBC Entertainment. He signed off on President Donald Trump’s reality show, The Apprentice. 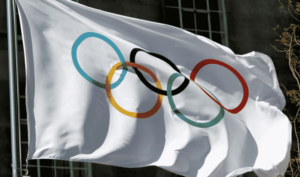