CNN Announces Employees, Paid Contributors To Be Laid Off

‘It Is Incredibly Hard To Say Goodbye To Any One Member Of The CNN Team, Much Less Many'

In an attempt to “recalibrate” their reporting strategy, CNN announced plans to layoff paid contributors and employees in a Wednesday notice from CEO Chris Licht.

Departing paid contributors would be notified today while impacted employees will be notified tomorrow afternoon. Departing employees eligible for their 2022 bonus would receive one, according to the notice.

“To my CNN colleagues, our people are the heart and soul of this organization. It is incredibly hard to say goodbye to any one member of the CNN team, much less many. I recently described this process as a gut punch, because I know that is how it feels for all of us,” wrote Licht in the companywide notice. “Today we will notify a limited number of individuals, largely some of our paid contributors, as part of a recalibrated reporting strategy. Tomorrow, we will notify impacted employees, and tomorrow afternoon I will follow up with more details on these changes.”

“CNN boss Chris Licht informs employees in an all-staff note that layoffs are underway,” said CNN senior reporter Oliver Darcy, who provided a screenshot of the letter from Licht. “Licht says those being notified today are largely paid contributors and then tomorrow CNN ’will notify impacted employees’ Licht will then provide an update to staff afterward.”

Licht says those being notified today are largely paid contributors and then tomorrow CNN "will notify impacted employees."

Licht will then provide an update to staff afterward. pic.twitter.com/nD0pt9Ruwj

“It will be a difficult time for everyone. If your job has been impacted, you will learn more through an in-person meeting or via Zoom, depending on your location,” Licht continued. “In those meetings, you will receive information specific to you about notice period or any severance that would apply, and your anticipated last day. I want to be clear that everyone who is bonus eligible will still receive their 2022 bonuses, which are determined by company performance.”

“I know these changes affect both our departing colleagues and those who remain, and we have resources designed to support you. I will include a link to those resources in my follow up email tomorrow,” Licht concluded. “Let’s take care of each other this week.”

In August, CNN announced they were canceling their long-running program Reliable Sources which ran for 30 years. Brian Stelter, who hosted the program from 2013 until its August cancellation, subsequently left the company after the final episode. Stelter hosted the show for nearly a decade.

Prior to Stelter’s departure, the company had previously fired fellow network figure Chris Cuomo in December 2021 for his alleged involvement in aiding his brother, former New York Governor Andrew Cuomo, during the sexual assault allegations that led to his resignation earlier in the year.

Chris Licht, who formerly served as a producer for CBS, assumed his role in the company after former CNN President Jeff Zucker’s departed the company in February following a “consensual relationship.” Licht announced plans for the network to adopt a less partisan tone shortly after. 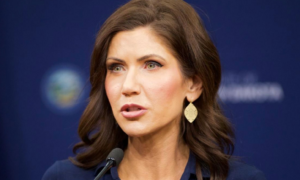