Ciattarelli Campaign Weighed In On Possible Recount in New Jersey

New Jersey’s Jack Ciattarelli has not conceded the race for governor.

With a margin of 2.6%, the vote tally is extremely close following a surprising race. The difference is about 65,000 votes. Republican Ciattarelli had polled behind incumbent Democrat Governor Phil Murphy for the preceding weeks.

On Nov. 2nd, however, he had a strong turnout and flipped several districts that Murphy had previously carried, including Atlantic, Cumberland, Gloucester, and Somerset counties.

Ciattarelli’s campaign has indicated they want to wait until all the votes are reported before moving forward with a recall. There are still vote-by-mail ballots and approximately 70,000 provisional ballots that the campaign suggests could have been cast due to a technology error-that have not been counted.

“Let me be clear, no one on this team is alleging fraud or malfeasance, as we have not seen any credible evidence of that,” Mark Sheridan, legal counsel for the campaign, said in a statement. “However, the new law Governor Murphy and state Democrats rushed to enact led to this disjointed and excruciatingly slow vote counting process. At this time, we do not expect the provisional vote count to end with Jack Ciattarelli in the lead. However, that count may reduce the margin for Governor Murphy enough to warrant a full recount.”

GOP candidate Jack Ciattarelli's team signals no plans to concede the NJ gov election yet, based on the possibility of a recount.

But, they say: "No one on this team is alleging fraud or malfeasance, as we have not seen any credible evidence of that." pic.twitter.com/bVmNciE5We

Strategist Chris Russell said, “We understand that Governor Murphy and his team are embarrassed that in a state with 1 million more registered Democrats and where Joe Biden won by 16 points, they are leading by such small margins.”

“Each of New Jersey’s 21 counties are conducting their own count of any mail-in and provisional ballots left to be counted. The state Board of Canvassers doesn’t meet until Dec. 2 to certify the results,” per Newsmax.

Republican Glenn Youngkin’s break-away lead and eventual victory in Virginia has been credited for energizing the party’s base nationally. Investigative reporting from Project Veritas on Murphy’s willingness to instate vaccine mandates has also been cited as a key component of Ciattarelli’s support on election day.

Project Veritas published a video on Oct. 25 of a senior advisor to the Murphy campaign discussing the possibility of a statewide vaccine mandate.

“He [Murphy] is going to do it [COVID vaccine mandate], but he couldn’t do it before the elections,” the advisor said. 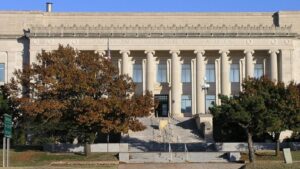