After nearly two decades, Chris Wallace has announced that he is leaving his position at Fox News to host a show on CNN’s new streaming platform.

CNN+, the network’s streaming service, is scheduled to launch in 2022.

“After 18 years – this is my final ‘Fox News Sunday,'” Wallace said at the end of his show over the weekend. “It is the last time – and I say this with real sadness – we will meet like this.”

Chris Wallace announces he’s leaving Fox News Sunday. “But after 18 years, I have decided to leave Fox. I want to try something new; to go beyond politics to all the things I’m interested in. I’m ready for a new adventure. And I hope you’ll check it out.” pic.twitter.com/X60xE47HDx

“I want to try something new, to go beyond politics to all the things I’m interested in. I’m ready for a new adventure. And I hope you’ll check it out,” Wallace continued.

According to a statement from CNN, Wallace’s new show will focus on interviewing “newsmakers across politics, business, sports and culture.”

In a statement about his departure, Fox News said that they are proud of Wallace’s journalism at the network over the years.

“We are extremely proud of our journalism and the stellar team that Chris Wallace was a part of for 18 years,” Fox News Media said in a statement. “The legacy of ‘Fox News Sunday’ will continue with our star journalists, many of whom will rotate in the position until a permanent host is named.”

Wallace has worked in broadcasting for over 50 years and has a long list of accolades and awards for his work — including three Emmys. In 2016, he became the first Fox News host to moderate a presidential debate.

“I am thrilled to join CNN+. After decades in broadcasting and cable news, I am excited to explore the world of streaming. I look forward to the new freedom and flexibility streaming affords in interviewing new ways to tell stories,” Wallace said in CNN’s statement.

“As I embark on this adventure, I am honored and delighted to join Jeff Zucker and his great team. I can’t wait to get started,” Wallace added. 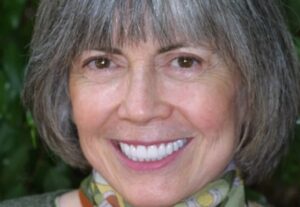