The son of Anne Rice has announced that the 80-year-old Vampire Chronicles author passed away on Saturday evening.

The writer’s son, Christopher Rice, wrote in a social media post that complications from a stroke caused her death.

“She left us almost 19 years to the day my father, her husband Stan, died,” Christopher wrote. “In her final hours, I sat beside her hospital bed in awe of her accomplishments and her courage…Let us take comfort in the shared hope that Anne is now experiencing firsthand the glorious answers to many great spiritual and cosmic questions, the quest for which defined her life and career.”

Earlier tonight, my mother, Anne Rice, passed away due to complications resulting from a stroke. She left us almost nineteen years to the day my father, her husband Stan, died. Below is a statement I posted to her Facebook page moments ago. pic.twitter.com/g2VAK2XZjc

Rice was born in 1941 in New Orleans and is a legend in the horror novel realm, particularly for her vampire stories, including Interview with a Vampire. In 1994, the book was adapted into a hit film starring Tom Cruise and Brad Pitt. The book is also set to be adapted for an AMC television show next year, along with her book series Mayfair Witches.

Though horror was perhaps her most prolific genre, she also wrote historical fiction and used the pen names Anne Rampling and A. N. Roquelaure to publish works of erotica.

The third installment in Ramses the Damned, a series she was working on with Christopher, is scheduled to be released on February 1.

Gizmodo reports that Rice will be interred at the family’s New Orleans mausoleum in a private ceremony.

The family is also planning to hold a public event next year to celebrate her life. 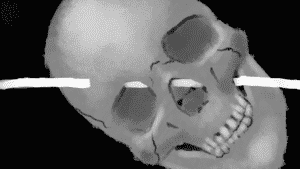